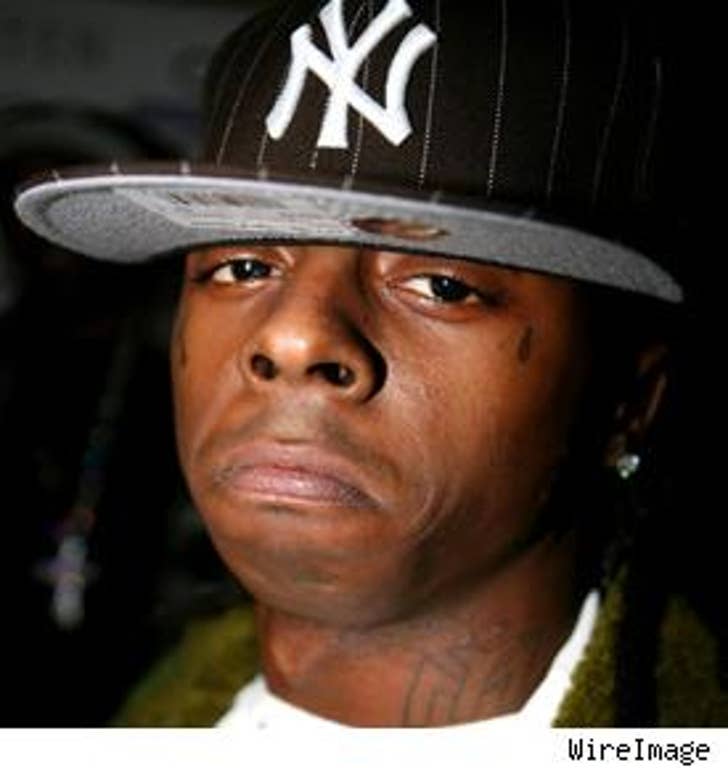 Lil' Wayne was set to perform at a North Carolina high school last night, but failed to show up -- leaving an auditorium of kids without a show. Lil' a-hole!

The concert was originally canceled last month, after the New Hanover County School Board pulled the plug -- citing safety concerns.

Perhaps they were reminded of the chaos at a 2006 Morgan State University show where the rapper "made it rain" by throwing money into the crowd -- resulting in two lawsuits from injuries sustained while people scrambled for the cash.

Wayne's concert promoter filed a lawsuit for breach of contract over the cancellation, but an agreement was reached, allowing the rapper to perform if extra security were provided at the New Hanover High School's Brogden Hall.

Last night, as the 4,000 seat auditorium was sparsely filled, it was rumored that Wayne called it off because not enough people showed. At the moment, there have been no refunds given to his disappointed fans, according to wwaytv.com.

Wayne was arrested earlier this month in Idaho on felony fugitive charges, after a warrant was issued for his arrest on a felony drug possession charge in Fulton County, Georgia.

A call to his rep has not been returned.