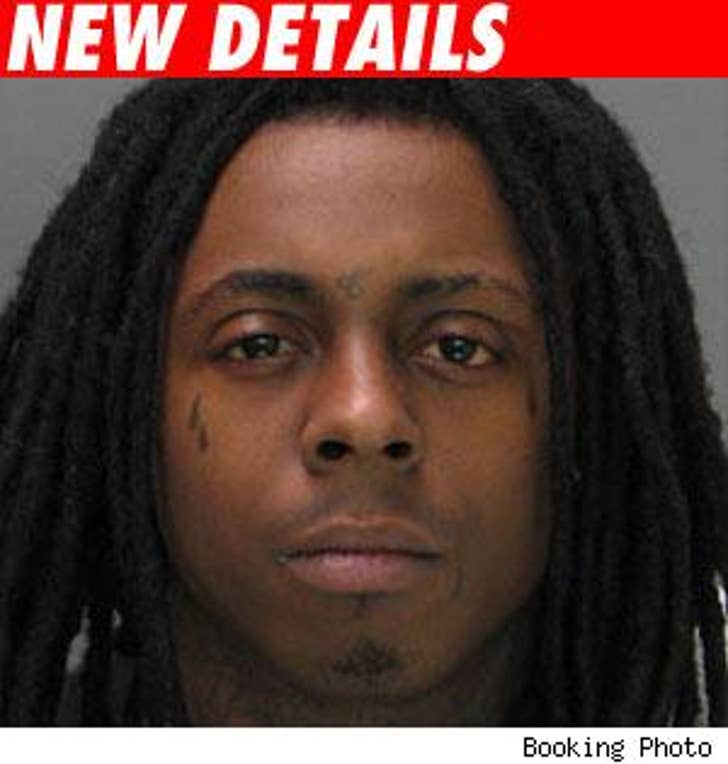 Wayne, whose real name is Dwayne Michael Carter, Jr., was booked into the Ada County Jail by the Boise City Police around 7:30 AM MT this morning. The Sheriff's Department website indicated he was booked on felony charges of being a fugitive.

Boise cops tell TMZ Wayne was arrested immediately following his concert Friday night at Boise's Qwest Arena. We're told he was picked up on a felony warrant out of Fulton County, Ga., for a felony possession of drugs charge. Authorities from Georgia contacted Idaho police and gave them the heads up about the warrant.

Cops tell us he was very cooperative and was arrested without incident. He is now in protective custody pending an arraignment and extradition hearing, which will take place Monday afternoon.

Wayne was previously nabbed in July on a gun charge in New York, and in 2006 he was busted in Atlanta for drug possession.

Calls to Lil Wayne's publicist were not immediately returned. No other information is yet available.