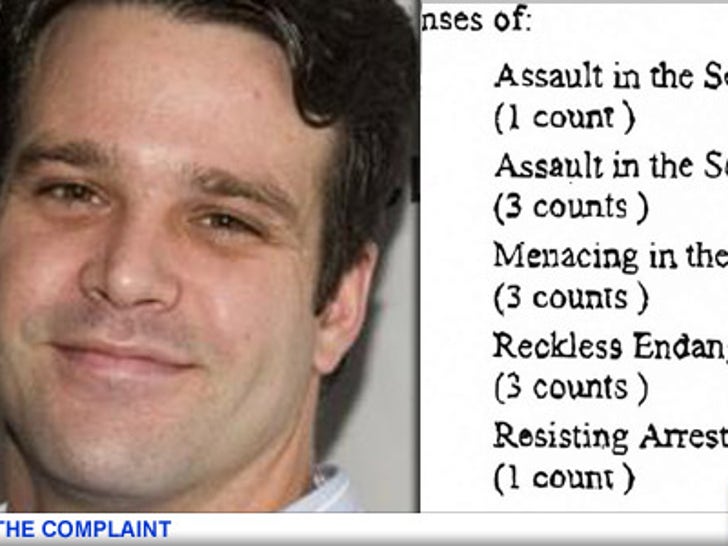 "One Life to Live" star Nathaniel Marston only plays a doctor on TV -- but he allegedly bashes up complete strangers on the streets of New York in real life! 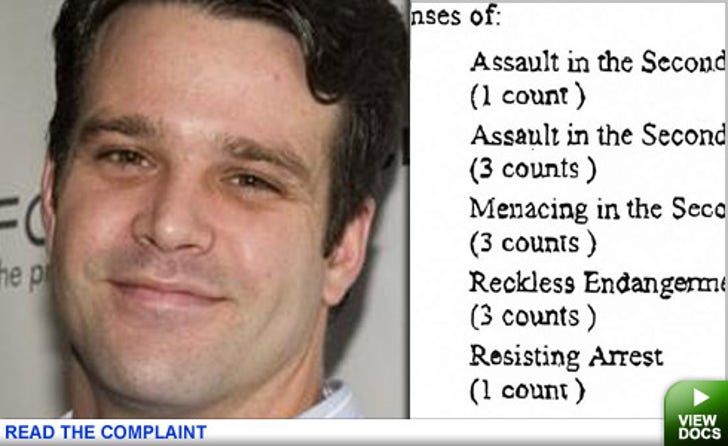 TMZ has confirmed reports that early yesterday morning, Marston, who plays Dr. Michael McBain on "OLTL," got out of a cab on Tenth Avenue, arguing with the driver, then charged at a man standing on the street and hit him with a metal crate, as the New York Daily News first reported. "He was crazed -- I don't know the guy from a hole in the wall," said Salvatore Cabibbo, the alleged victim, told the paper. Cops say Nathaniel attacked two other people, breaking one person's leg, before he was subdued and arrested. He was charged with two counts each of felony assault, reckless endangerment and criminal possession of a weapon, as well as a count of resisting arrest. Marston has previously admitted to anger problems.

He was taken to Bellevue Hospital, where his status was described as "disturbed." Marston's mess was first reported by the New York Daily News.