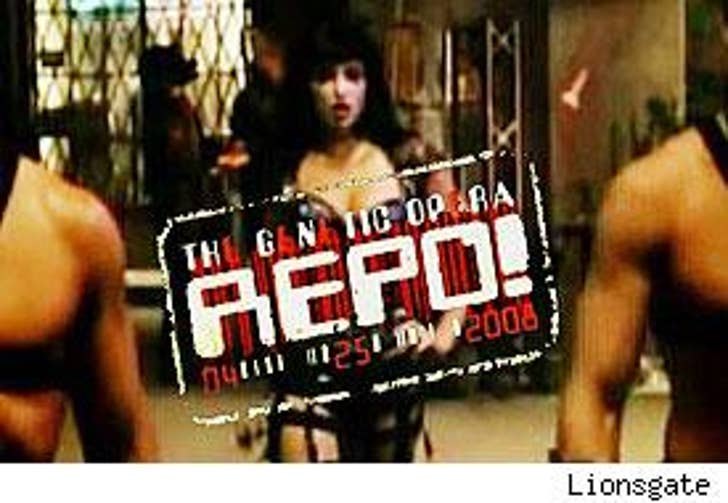 At time of publishing, only 12% of TMZ voters want to see Paris Hilton's new horror/musical, "Repo! The Genetic Opera" -- but the director stands by his flick!

Negative criticism was rampant on the web -- including the TMZ comments board -- about the 80-second teaser showing a singing Hilton, evisceration, and a growed-up Spy Kid. Today, director Darren Lynn Bousman took to the blogosphere to write, "I stick by my promise -- REPO is unlike anyting you have ever seen." He also adds it's "not an easy movie to grasp" from the teaser alone.

He addresses the Paris issue specifically, writing, "I know some people where taken aback by 'PARIS' in the trailer -- I stand by my decision of casting her ... Her voice is great -- and her character is great!"

"It is not some cheesy musical."