Zac Efron and Vanessa Hudgens hit up the Frederick's of Hollywood fashion show -- and while Vanessa was looking saucy in a colorful dress, Zac showed up in jeans, an open button-down plaid shirt over a white t-shirt and greasy hair. 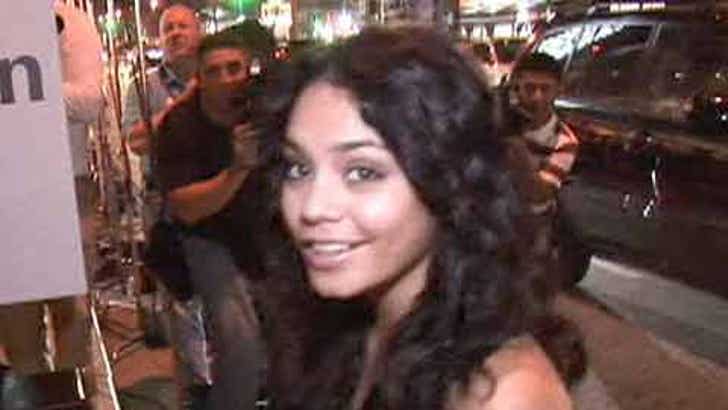 Vanessa's dress is either adventurous or unfortunate -- it's tough to decide. Yes, no dress at all was very interesting.

Other celebs at the show: Nick Cannon, the always pimpin' Brody Jenner, Jessica Simpson and Bai Ling. Also in L.A. -- Helena Christensen, who shot down Heath Ledger rumors outside Fred Segal, Cindy Crawford, who used her hubby as a chauffeur, and LC, who had a double date at Miyagi's.

Spotted in NY: Jennifer Garner with adorable daughter Violet, and Al Pacino, who gave a shout-out to fans and photogs while filming scenes for a new movie.

All this and more in today's "What's the dress code?" edition of Star Catcher.