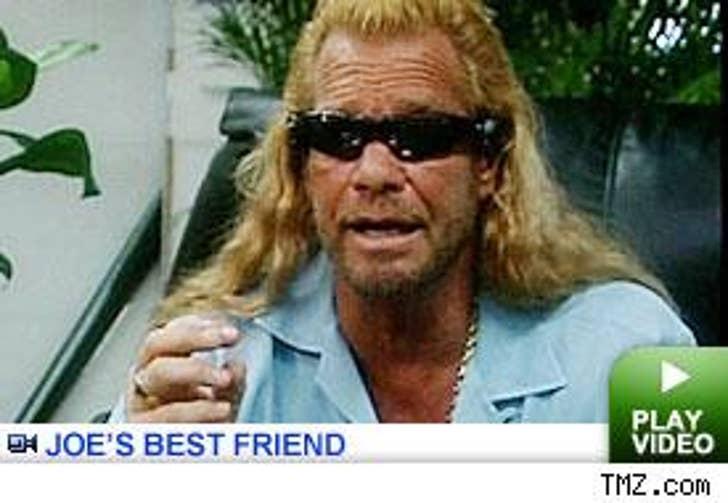 He's said it before and he'll say it again -- The Dog's got Joe Francis' back ... unless he tries to run!

TMZ shot an interview with Bounty Hunter Duane "The Dog" Chapman in Hawaii, where he told our photog that he'd co-sign Francis' bond in his Florida criminal case. Chapman promises Francis will show up for court dates on time -- pimping out his own services if Joe tries to make a run for it.

"I have connections now all over the world, and so there's nowhere that he can run and he can hide from me. If he runs, we're gonna catch him."