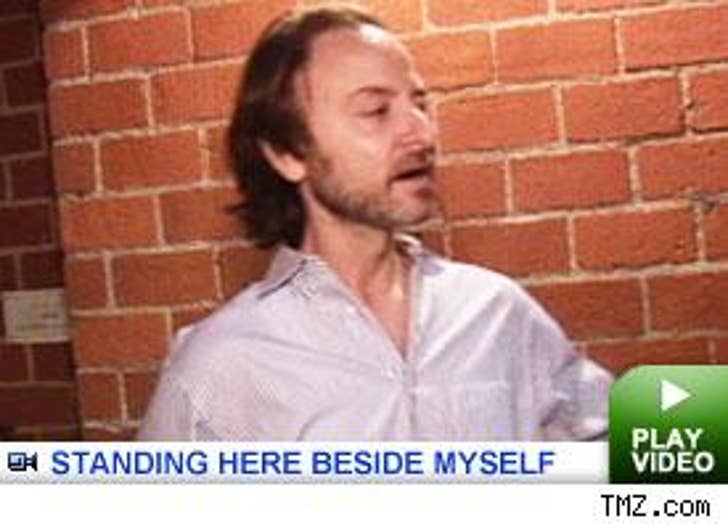 One of the scientists on Johnny 5's side, Fisher Stevens, ate at Mr. Chow on Friday night. "Short Circuit" cast member is alive!

Timid Fisher kept his cool after a TMZ photog told him that "Repo Man" was one of his favorite movies -- even though Stevens wasn't in the film -- and proceeded to get directions to an after-dinner soiree.

For the Pete of sake, for the sate of Peeckle -- make another robot flick!