Nicolas Cage was spotted outside TMZ's headquarters on Friday, but he wasn't all that excited about being in such proximity -- attacking our photog after he approached! 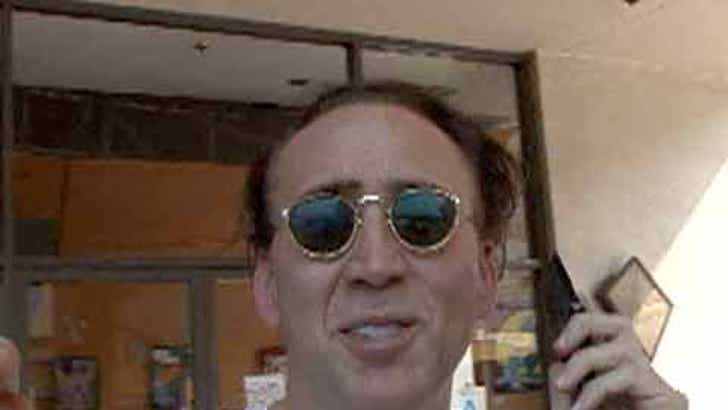 After being asked about his creepy naked stalker, Cage lost it. After saying, "I'm a nice guy, this guy's invading my privacy," Nic grabbed the photographer's camera, twisted his arm, then grabbed the tape, ripped it and threw it in the trash! Nice guy indeed!

He was having a bad hair day, but c'mon!