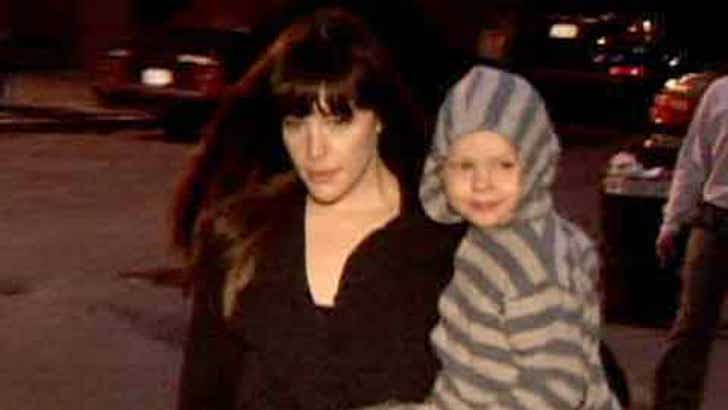 Heading home after dinner last night, Liv and Milo were swarmed by paps, prompting Liv to say, "You're not going away ever. What's the big deal?" Then, Milo took charge, screaming at them like a grizzled advance man, "Stop the light! Stop the light!" and then, just to clarify, "Turn the light off! Turn the light off!" Baby's first words!

Shocked, our lensman and others obliged, prompting Milo to express his gratitude with a gleeful, "Pleeeeeze." Ok, so he meant "Thank you," but, c'mon! He's two!