It is well-nigh two decades since Sinead O'Connor had her last hit record, "Nothing Compares 2 U," but the public pope-pic-ripper looks pretty much exactly as she did back in 1990. Mandinka! 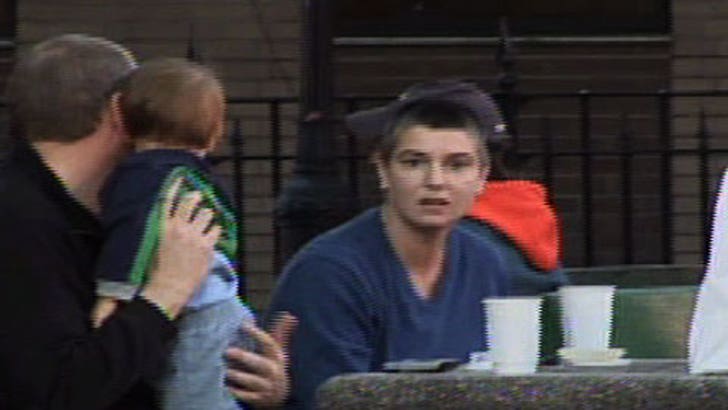 TMZ snapped the singer in a park in the West Village, looking as surprised as anyone that she's still recognizable to cameramen -- who were wearing short pants when she was topping the charts. Nothing compares to that trademark buzz cut!

Thus surprised, Sinead tried to conceal her cancer stick, but to no avail.