Kathie Lee Gifford doesn't get out much anymore. 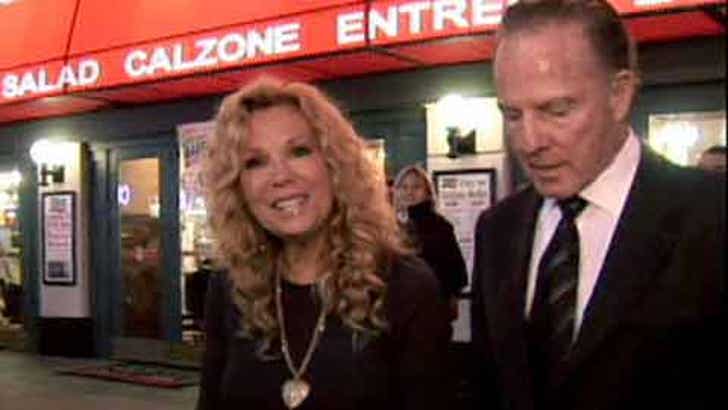 TMZ caught up with the formerly perktacular former morning show mistress in Times Square last night, alongside hubby Frank Gifford. They were just leaving the after party for Cyrano de Bergerac. After some pleasantries, she remarks to cameras, "You guys are working late!"

Which was a kind sentiment, indicating a certain concern for our photog's welfare -- except that it was about 11:00 PM -- which is when a lot of the snappers out there are starting their day -- or night. It's the city the never sleeps!