Two rappers were denied entry to Chris Brown's album release party last night -- and so they did what any denied rapper would do -- tore the place up in protest! 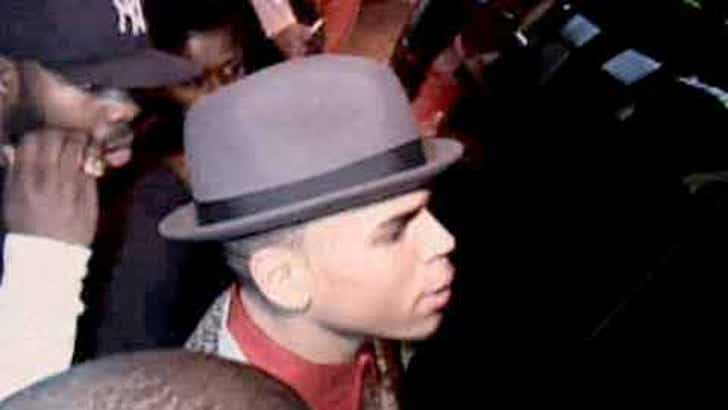 TMZ caught Juelz Santana and Jim Jones (the singer, not the cult leader) trying to get into a party at Tenjune. No word on why they were shut out -- both artists have collaborated with Brown.

Cops soon arrived at the club's request and Tenjune shut itself down, leaving stars like Tyrese, Lil Mama, Sean Kingston -- and Brown himself -- with nowhere to celebrate temporarily, though the club resumed business a short time later, as it always does on Tuesday nights.