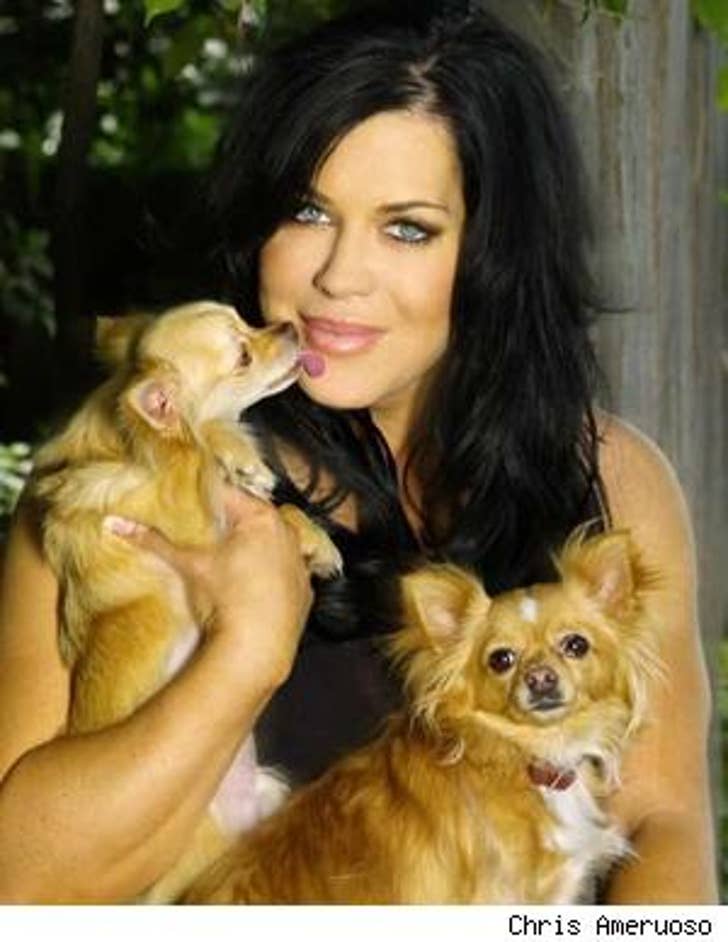 A word of advice from Chyna: "Don't buy your dog on the Internet!"

The wresting reality star tells TMZ that last April, she paid $4,000 to a web-based Chihuahua co-op in Phoenix, hoping to find a tiny companion for her two pups, Honeysuckle Honeybunny and Bambi Roo. But by November, no four-legged friend arrived.

So rather than go all Ellen DeGeneres on the folks at ArizonaPups.com, she took her gripe to Christina's Court -- and won! The episode airs November 19.

Now Catherine Knell, owner of the site -- which does not permit buyers to pick up dogs in person or inspect them before paying -- is pissed.

In an e-mail to TMZ, Knell says: "We have sold several other puppies to Chynna [sic] with no problem. Her most recent order was cancelled after our cobreeder wanted more for the puppy once he found out it was going to Chynna. Because we're a coop, each Breeder has an individual responsibility to provide delivery of their pups. Another problem arose when we found out that one or more of the pups previously shipped to her had died after escaping into the street. As Breeders and animal lovers, we are always concerned about alleged cases of animal negligence or abuse. We agreed to appear with her on Christina's Court to resolve this issue and believed that Chynna was a friend. That court episode turned out to be an ode to Chynna with video clips and photos from her various ventures shown during the kangaroo courtroom happening. We quickly found out that Christina merely wanted to turn the event into a lovefest for Chynna and had no intention of giving us a fair hearing. I guess she hoped that Chynna would boost her ratings (good luck on that). Judging from her lack of concern for us or the pets involved, the only thing Christina should be judging is Michael Vick dog fighting contests." Ouch!

Though Knell can't properly spell Chyna's name, her website continues to use the star's unauthorized "endorsement" to promote their business.