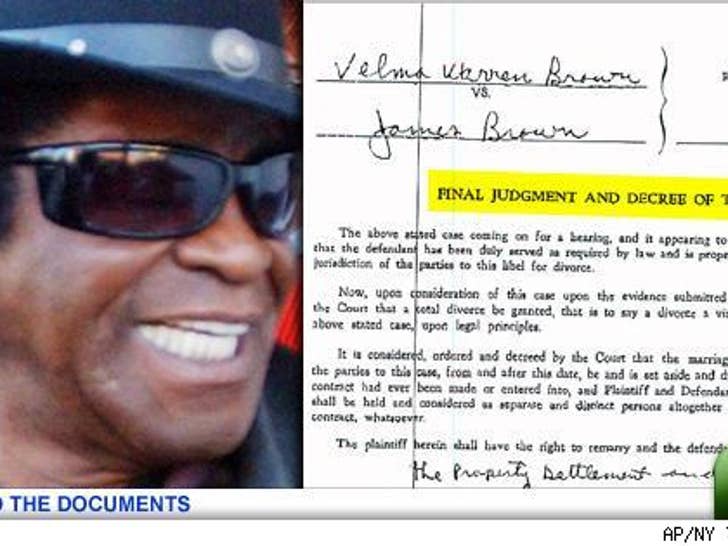 Apparently, the first thing to go is your memory. 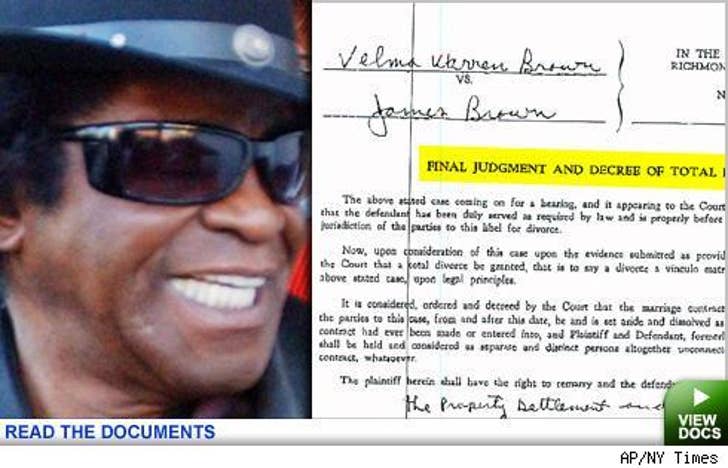 According to papers first obtained by The New York Times, Velma Warren Brown -- a 73-year-old Georgia woman who claimed this week that she was still married to the late James Brown -- actually divorced the Godfather of Soul in 1969. And she served him!

Had they still been legally wed at the time of his death in December 2006, she may have been entitled to some of Brown's $100 million estate, the disposition of which now goes back to being contested by other family members and kids.