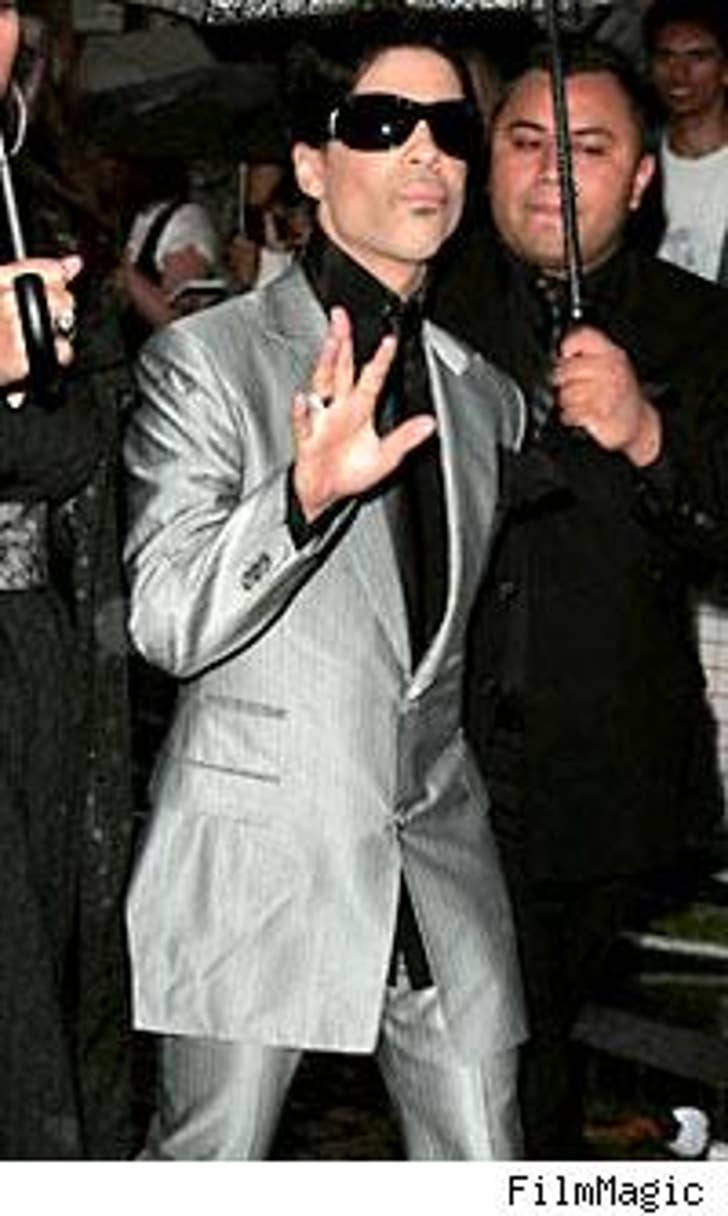 Battling with several fan sites of over the use of his material, Prince has decided to try making nice with his biggest supporters the best way he knows how -- through song.

His Purpleness released a new track on his site entitled "PFUnk" and even gave the song to the website PrinceFansUnited.com -- a site formed by three of the largest Prince fan sites as a way to fight back against the barrage of cease and desist letters the sites have received from Prince's lawyers. Controversy!

Here's where it gets strange: A statement was released yesterday by Prince's PR people, calling the Prince Fans United sites "phony" -- only it turns out the statement was sent in error. The two sides are working on a joint statement and hope to have the matter resolved soon.

Earlier this year, Prince and his record label fought with YouTube over a 29-second video of an 18-month-old baby dancing to Prince's "Let's Go Crazy." How does Prince find so much time to surf the web?