Was pop singer Brandy doing her best Ashlee Simpson on Sunday, or did someone just forget to pay the electric bill?! 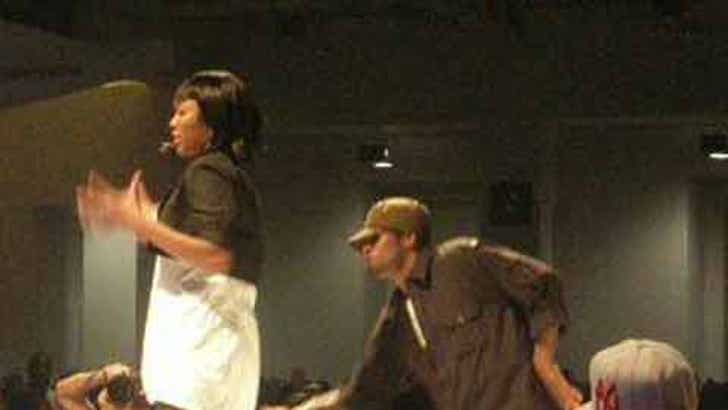 Either way, her performance at the annual Sensationnel Hair Idol competition (we're not kidding!) in Washington D.C. quickly turned chaotic, when both music and lyrics abruptly cut off midway through a performance of "Who Is He to You."

"Brandy absolutely wasn't lip-syncing," her rep tells TMZ. "She was singing live." After briefly being joined on stage by 5 year-old daughter Sy'rai (who she almost forgot on stage-- paging Britney!) and lil' bro Ray J, Brandy sang an a cappella version of "Almost Doesn't Count" and then wrapped up her set by performing "Full Moon."