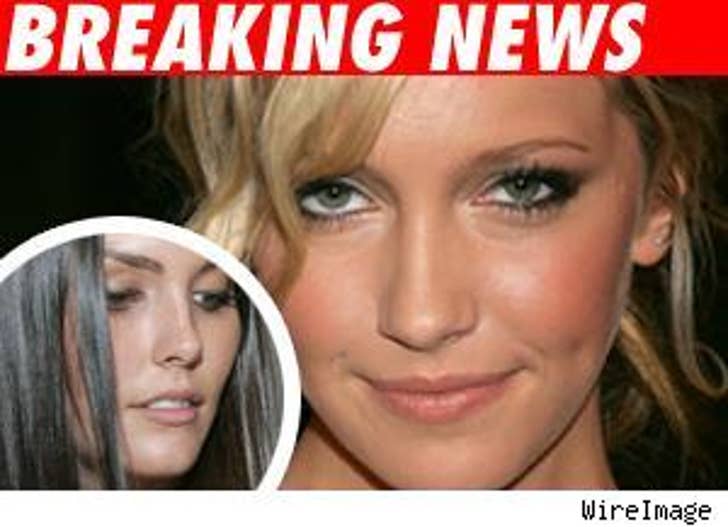 Katie Cassidy -- actress daughter of David Cassidy -- got nabbed by cops a few weeks ago, for alleged underage boozing, but the unbelievable part of the story is that she tried to get out of her arrest by pretending to be another actress, Taylor Quinn Cole (pictured, inset)!

Cassidy, star of CW's "Supernatural" and longtime girlfriend of Jesse McCartney, was popped in Tucson, Ariz., when she was riding in a car pulled over for moving violations. According to the police report, obtained by The Smoking Gun, when cops noticed that she reeked of alcohol and that her face was "expressionless," they asked for I.D.

Cassidy allegedly told officers her name was Taylor Cole (who guest starred on "Supernatural"), and that she was from Vancouver (Katie's from L.A.), that she was 21, and -- oops -- that her birthday was April 29, 1984 (which would've made her 23).

After cops pointed out her math mistake, Katie fessed-up to lying about her identity, explaining that she was "a Hollywood actress" and was "scared." The arresting officer then called Katie's mom, who asked him "what could be done" to help Cassidy's cause.