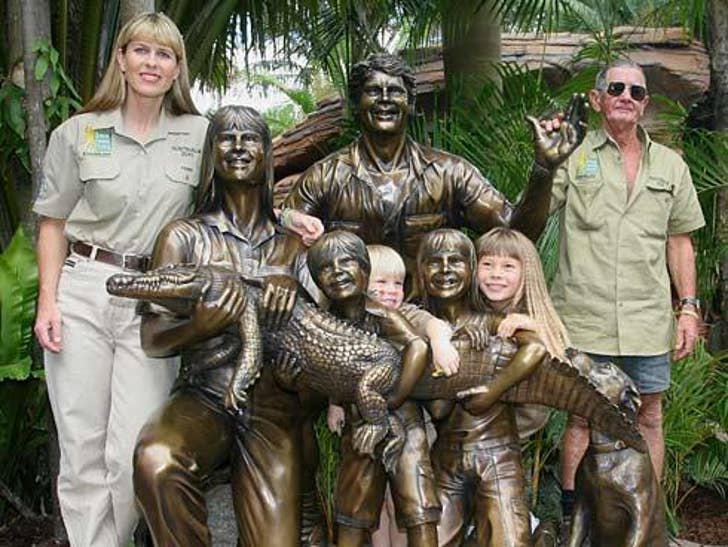 Jungle Girl Bindi Irwin cheerily posed for a pic with a bronze sculpture depicting her late father, Croc Hunter Steve Irwin, as the rest of his family takes up the work of wrestling crocodiles and presenting wildlife for education and amusement. 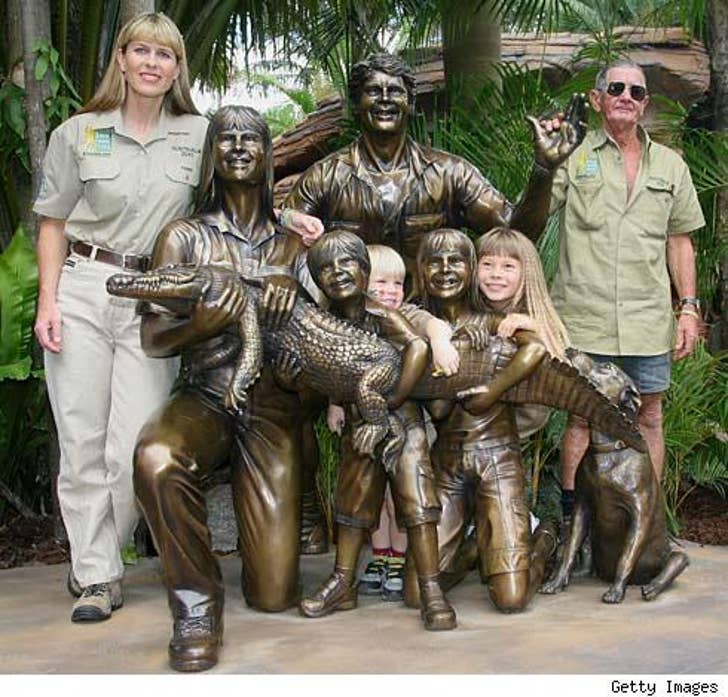 A statue of the Irwin family -- including little Bobby, widow Terri and their deceased dog, Sui, -- was unveiled today at the Australia Zoo by the surviving Irwin family and Steve's father, also named Bob. November 15 was named "Steve Irwin Day" at the zoo. Crocs rule!