Reality television drama queen New York was overheard last night, asking if Element was was serving alcohol ... is she brand new?! Hollywood nightclubs and alcohol are like peanut butter and jelly! Once NY learned it was TMZ filming her, she expressed to cameras just exactly how happy she was. Watch her confirm what a class act she really is! 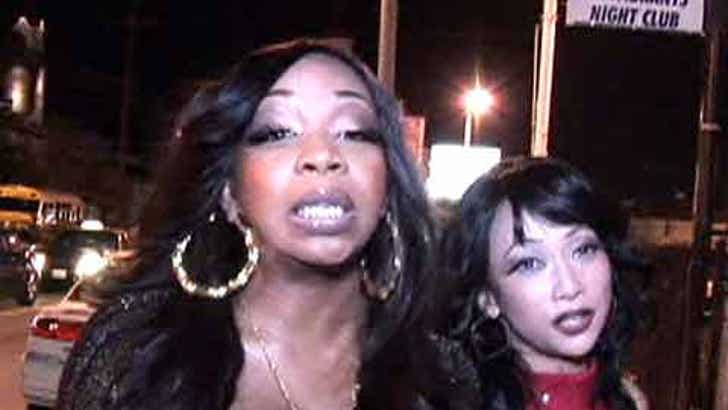 The newly top-heavy K-lister was accompanied by a friend -- who looks an awful lot like Red Oyster from Season One of "Flavor of Love." Since New York isn't dating Flav, she can finally make nice with girls from the show!