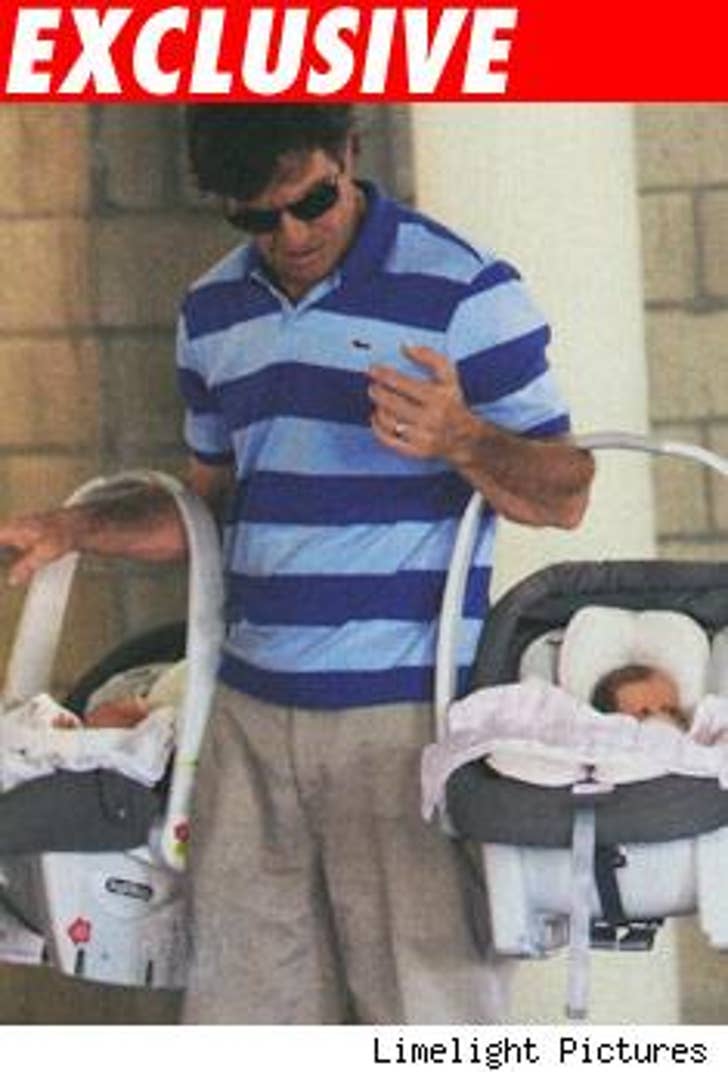 Sources tell TMZ that a pharmacy technician at Cedars-Sinai Medical Center mistakenly stocked a massive dose of a drug that ended up being given to Dennis Quaid's newborn twins.

Thomas Boone and Zoe Grace are in stable condition. But a well-placed source at Cedars tells us they are "still very concerned because of the bleed out," adding they won't know for another week if the mistake will cause "longterm effects."

Sources tell TMZ that pharmacy technicians stock the drug Heparin, used to prevent clots and flush out IVs. The drug comes in vials -- 10 units for babies, up to 10,000 units for adults. Protocol at the hospital is to keep the different units separated, but a technician accidentally put 10,000 units in the drawer where the 10 units were stored.

Last Sunday, both infants -- born November 8 by surrogate -- were each given two, 10,000-unit dosages. They began to bleed out just before midnight and were transferred to the neo-natal

Cedars issued a statement last night, acknowledging the mistake and calling it a "preventable error." That's highly unusual. Also, the hospital claims seven patients were given the wrong dosages. Our sources say 13 patients got the wrong dosage. 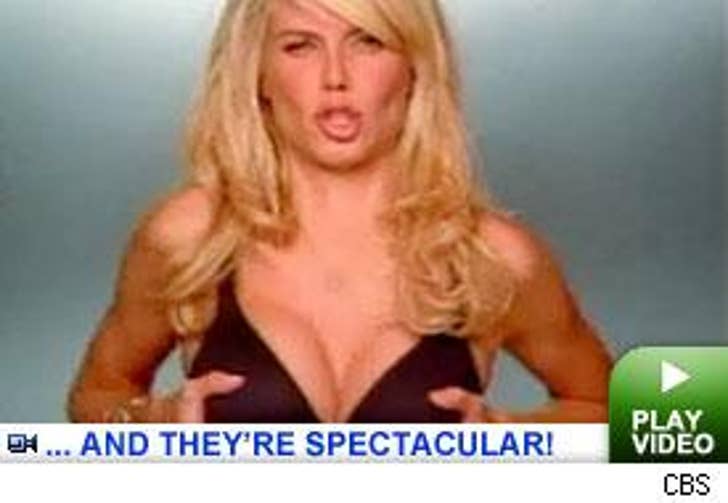 It looks like all the guys who drool over Heidi Klum's fantastic rack aren't alone -- Heidi likes playing with 'em too!

In preparation for the Victoria's Secret Fashion Show on December 4, Heidi made an amazing video, showcasing the hidden talents of her two best assets.

She would have made a great Fembot! 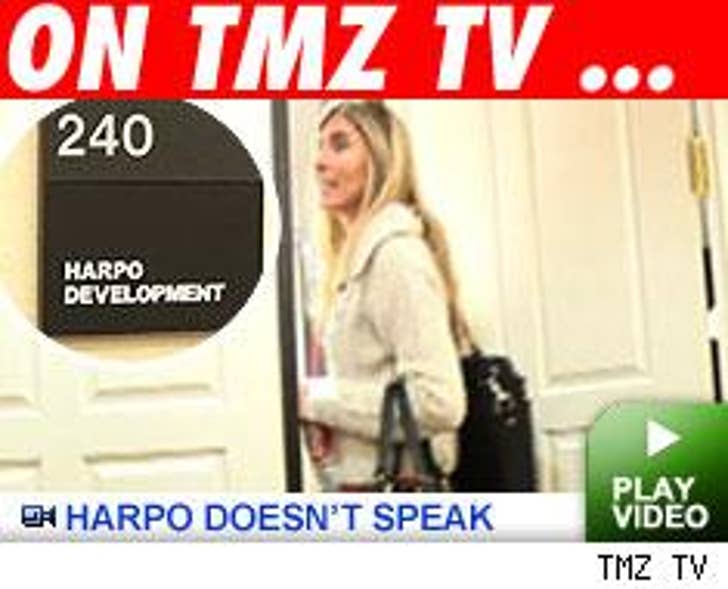 The doctor who operated on Kanye West's mom the day before she died bailed on Larry King last night, but his reasons for walking off the set don't add up.

TMZ has broken story after story, showing Dr. Adams has had multiple malpractice lawsuit filed against him, sexual battery allegations, three DUIs and a domestic violence restraining order.
The director of the Medical Board of California is currently going after his license.

So when Dr. Adams told Larry King the West family didn't want him talking, in reality he had plenty to talk about that did not involve Dr. Donda West. 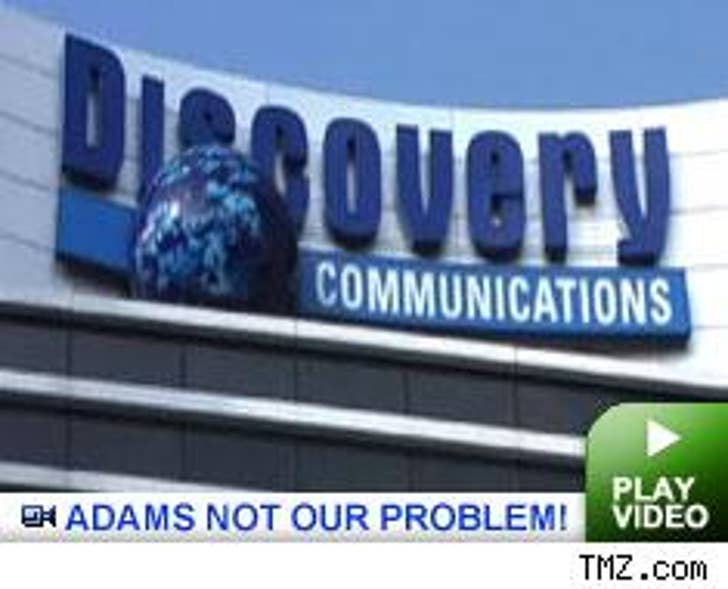 And speaking of not talking, TMZ has been hounding Oprah, NBC and Discovery Health for more than a week, asking if they did background checks before putting Dr. Adams on the air. If they did, they would have discovered -- for starters -- that he's not a board certified plastic surgeon.

Oprah's company and NBC, which featured Dr. Adams on "The Other Half," have been completely unresponsive -- not a word. Discovery Health, which put Dr. Adams in a starring role in a plastic surgery series, finally responded yesterday claiming they did a background check but refused to say what it turned up.

68 years after "The Wizard of Oz" hit theaters, the Munchkins finally got their star on the Hollywood Walk of Fame on Tuesday. What's a little person gotta do to get some respect around here?! 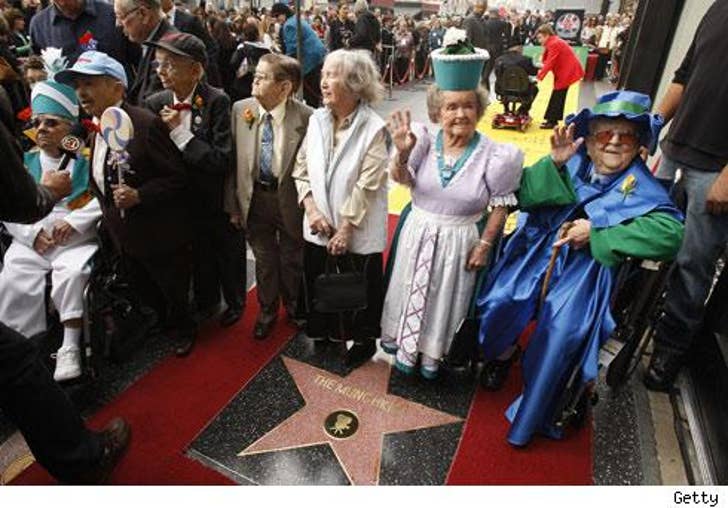 Seven of the original members, all well into their 80s and 90s, followed the yellow brick road to Grauman's Chinese Theatre to receive the 2,352nd star on the Walk of Fame. There's no place like home!

Let the joyous news be spread! The wicked old witch at last is dead!