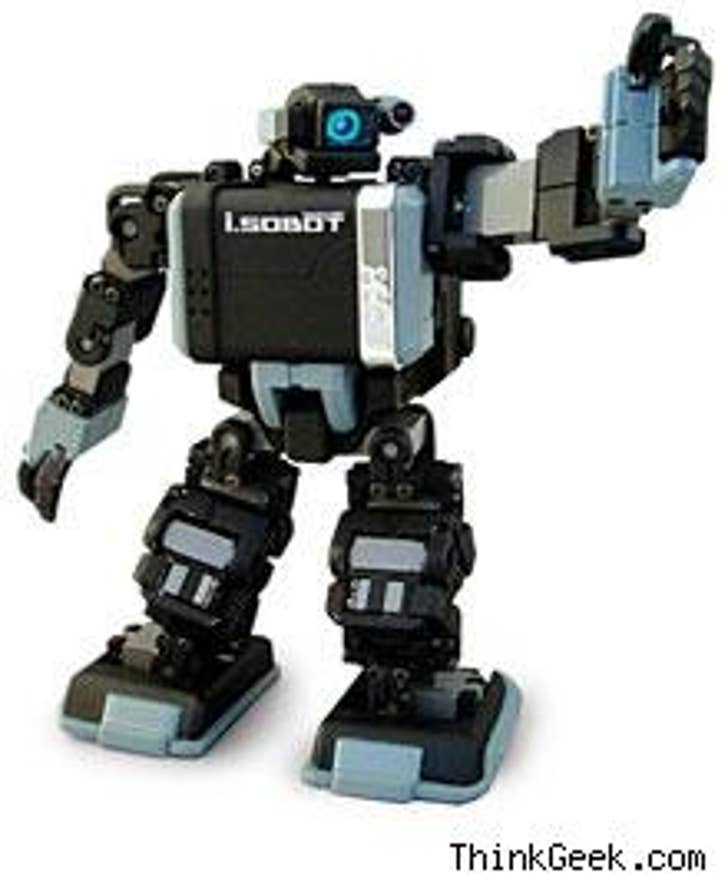 It won't be long before we're toiling away, serving our new robot masters. Why not make friends with a little robot now? That way, your new metal comrade can stick up for you when the robots start tossing humans in volcanoes for kicks.

The Tomy I-SOBOT could be that friend. With four modes of operation, including remote control, special action, voice command and programming mode, you can control your new best friend and teach the world that man and robot can live in harmony.

The fully articulated robot understands 10 voice commands, plays guitar and can be programmed to perform a sequence of up to 80 actions. One of those actions could rescue you from hot lava.