Gummi Bear was spotted outside of his natural habitat twice on Wednesday, despite sustaining some sort of injury to his paw -- which he was reluctant to explain -- except that it required stitches. Poor Gumgum! Is it hunting season? 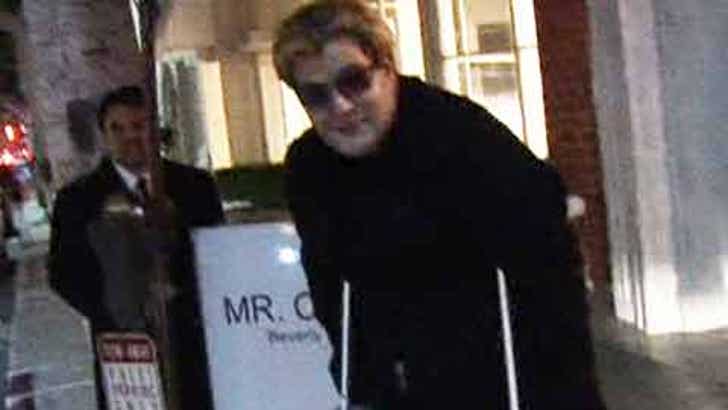 By nighttime, Gummi was on crutches, but that didn't stop the kindly omnivore from taking photos with some young fans -- who consistently called him by his nickname.

Gummi then returned to the wilds of Beverly Hills.