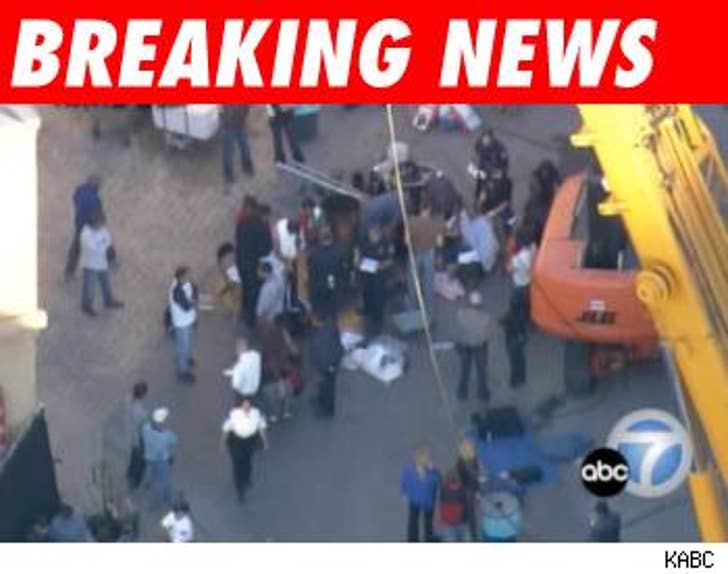 UPDATE: Turns out that the two victims of yesterday's accident were stuntmen on Adam Sandler's latest film, "You Don't Mess With the Zohan," and that they suffered first- and third-degree burns, according to the Fire Department. KCAL-TV reported that Sandler visited the victims in the hospital, and Columbia Pictures issued a statement, saying, "We hope that each recovers swiftly from their injuries."

TMZ has confirmed that L.A. County firefighters responded this afternoon to a medical call on the Universal Studios back lot on the so-called "European Street."

They were called to treat a male victim in his thirties who had burns on his face. Upon arrival they found another victim, also suffering from burns. We're told they're both in moderate condition and being transported to a local hospital.

L.A. Fire tells us there was no fire, and they are still investigating the cause. No word yet on what production the victims were working.