When a concerned pap asked Maksim Chmerkovskiy who was driving home last night, the "Dancing" stud said a friend was -- so why was Maks behind the wheel when it was time to go? 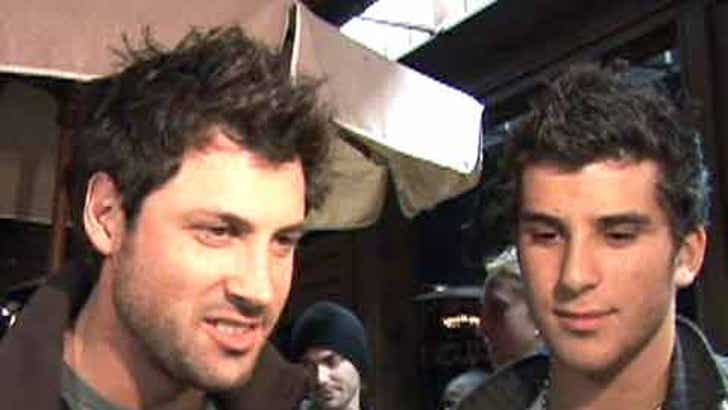 TMZ caught a giggly Chmerkovskiy leaving Hyde after a night of partying with his cute younger bro, getting excited when telling photogs that a friend was his driver for the night. Cut to five minutes later -- Maksim is seen getting into the driver's seat -- with a bystander yelling, "Drive safe!" at the bird poop-covered car as it sped off.