She hasn't been seen with him since September, but pizza boy/model Alex Vaggo got another piece of Paris Hilton's pie last night. 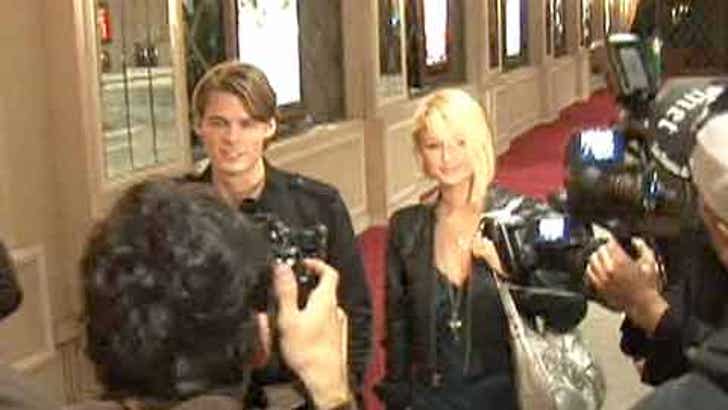 TMZ caught Paris and her Swedish import taking in a movie at The Grove and later hitting up a 76 Station, where the hot young thing pumped her ... gas.

Hilton and Vaggo met on the streets near Hollywood club Opera -- where Vaggo was living in a youth hostel, paying a whopping $27 a night. No word on whether pizza boy is living in Paris' hut.