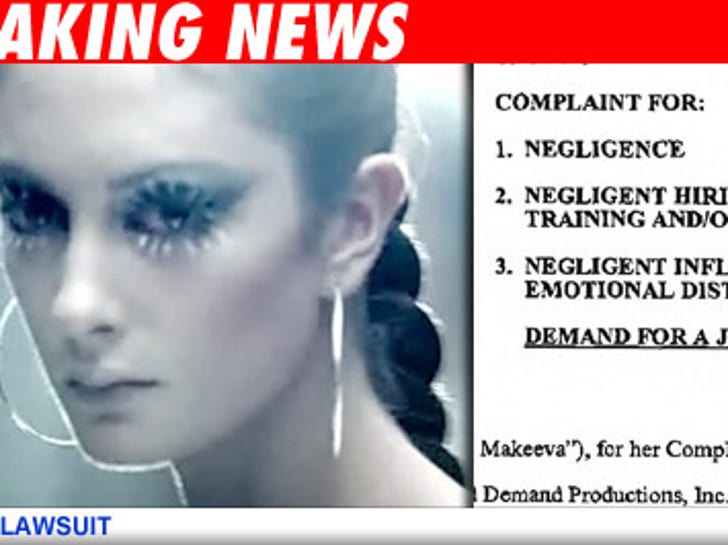 A supermodel who was featured in a 2006 Cadillac Super Bowl commercial is suing the ad agency and production company for negligence -- she says it's their fault she fell through a catwalk while filming. 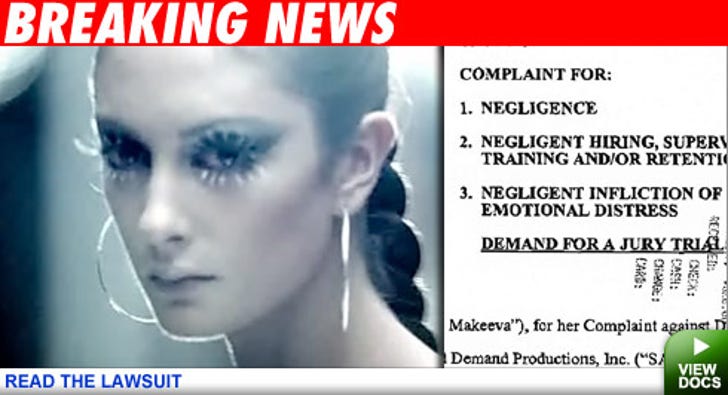 TMZ has obtained this lawsuit filed in L.A. Superior Court, where model Ganna Makeeva claims she injured her "legs, knee, hands, wrists, stomach, head, neck and ribcage" during a commercial shoot for Cadillac. The 2006 Super Bowl video featured several models, a Caddy Escalade and celebrities like Rachel Hunter, Vida Guerra and rapper Jadakiss -- all at a fashion show.

Makeeva alleges she has already had one knee surgery, saying it is "leaving her in constant pain, and requiring her to undergo multiple surgeries to repair the damage to her body. What's a model without her body?! She claims this will likely end her career.