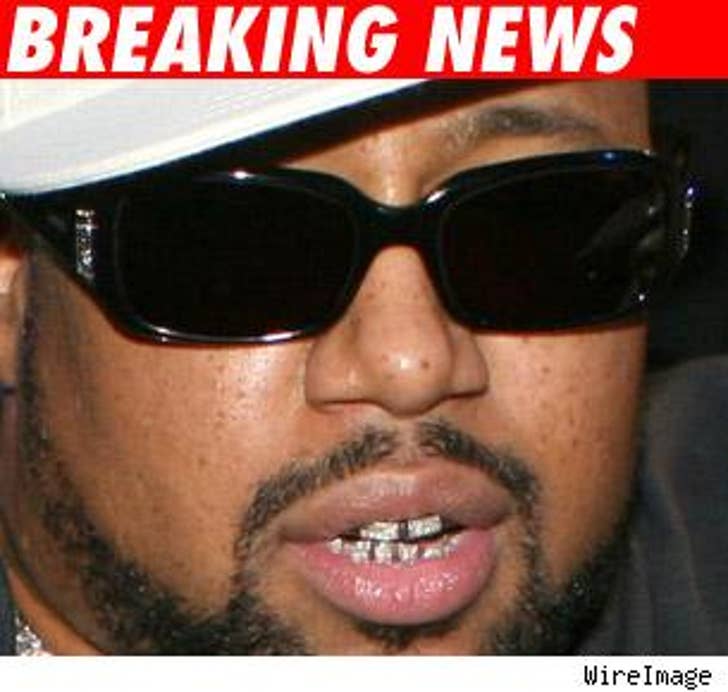 UPDATE: Homicide detectives are now at the Mondrian Hotel investigating the death.

Pimp C, real name Chad Butler -- and one half of the rap duo UGK, was found dead in a hotel room this morning. He was 33.

L.A. County Fire responded to a 911 call at the Mondrian Hotel, located on trendy Sunset Strip in Hollywood. They arrived to his sixth floor hotel room to find him dead in bed.

UGK is best known for appearing on the Jay-Z track "Big Pimpin'" in 2000, and more recently with Outkast on the song "International Player's Anthem (I Choose You)." Pimp C had just performed with fellow rapper Too Short at the "House of Blues" in L.A. on Saturday night.

"It is with great sadness that Jive Records announces the passing of Chad "Pimp C" Butler, a member of the celebrated rap duo UGK (Underground Kingz). Jive Records' President and CEO Barry Weiss states: "We mourn the unexpected loss of Chad. He was truly a thoughtful and kind-hearted person. He will be remembered for his talent and profound influence as a pioneer in bringing southern rap to the forefront. He will be missed and our prayers remain with his family and Bun B. I've known Chad since he was 18, and we loved him dearly and he was a cherished member of the Jive family."

Born in Port Arthur, Texas, Butler's father was a trumpet player who played professionally with Solomon Burke. Outside of his father, the 33-year old rapper's influences varied, ranging from Bobby Bland, Jimmy McGriff, the 1960's Motown artists to Run DMC. Butler met his inseparable partner Bernard "Bun B" Freeman in high school where they formed UGK. In 1992, the duo signed to Jive Records and went on release a total of eight albums for the label. They earned their highest achievement earlier this year when their most recent album, UGK (Underground Kingz), debuted in the number one position on the album pop chart. According to the New York Times, UGK "helped inspire a generation of Southern hip-hop stars, from OutKast to Lil Wayne."

Bun B is not available for comment at this time."