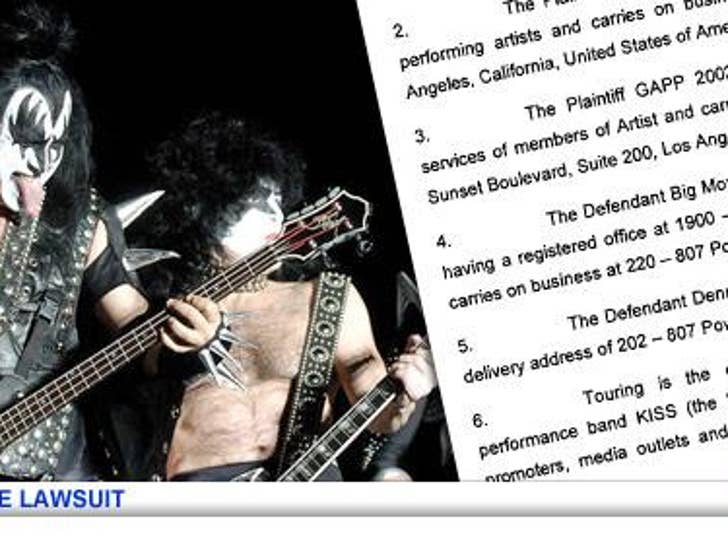 It's a case of KISS ... and sue. (Come on people, these jokes are free!) The costumed rockers are seeking $900,000 in unpaid performance fees from a Vancouver concert promoter who allegedly promised to let them rock and roll all night, then failed to secure a venue. Total buzzkill! 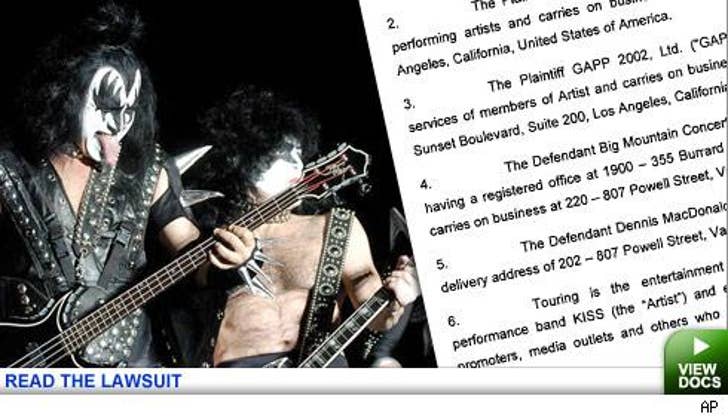 In docs filed with the Supreme Court of British Columbia, lawyers for Gene and the boys contend Big Mountain Concert Company pulled the plug just 12 days before a planned September, 2007 concert in Whistler, BC, resulting in "injury to their respective reputations." Now that's playing with fire!

An email seeking comment from Big Mountain Concerts was not immediately returned.