Believe it or not, the Spice Girls reunion tour is actually really good! 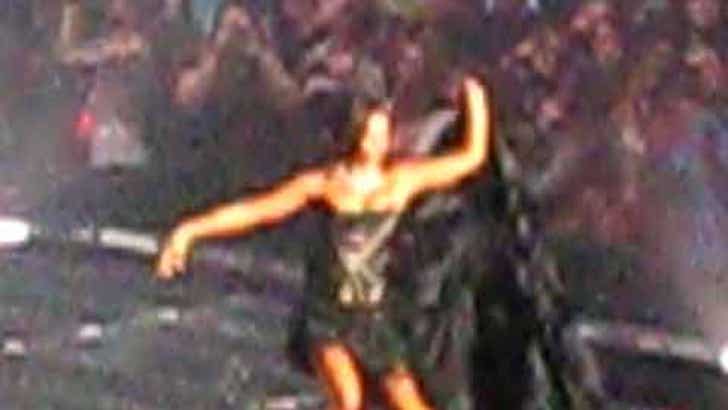 Besides whipping L.A. fans into a frenzy on Wednesday by singing all their hits -- Baby, Scary, Ginger and Sporty each belted out solo numbers. Mel C's "I Turn to You", Scary's rendition of "Are You Gonna Go My Way" and Ginger's of "It's Raining Men" brought the house down! Meanwhile, Posh rested her pipes and opted instead for a maaayjah prance down the runway as a mix of Madonna's "Like a Virgin" and RuPaul's "Supermodel" played in the background. She is officially a drag queen!

For almost two hours, the pop stars turned soccer moms (and the crowd of mini-dressed and heeled twentysomething girls -- and the gay men who love them) partied like it's 1997! Zigazig ah!