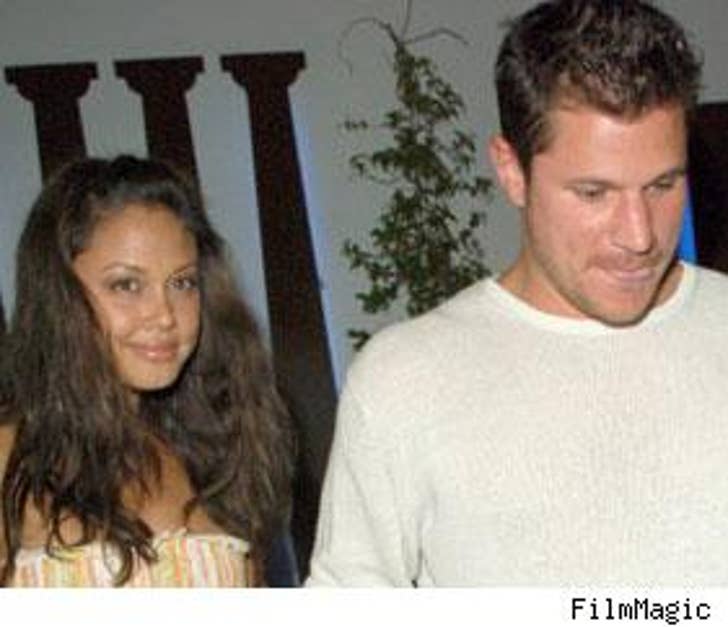 Nick Lachey and girlfriend Vanessa Minnillo did not tie the knot this weekend as reported on Friday. We know ... you're stunned.

It has been reported that always on the road couple would make the "'til death do us part" commitment at a hotel in the Bahamas. TMZ has confirmed that this is so not true (but did you really buy it in the first place?).

Instead, Nick spent time working on his NBC show, "Clash of the Choirs," in his hometown of Cincinnati. Minnillo continued to work at being hot.

Hayden Wants to Be the Next Angelina Jolie

"Heroes" star Hayden Panettiere tells People she aspires to be the next Angelina Jolie. The barely legal hottie says she admires Brad's main squeeze and all of her humanitarian efforts; so much so that she doesn't mind getting arrested. There's an arrest warrant for Hayden in Japan, where she attempted to save dolphins that were being slaughtered. Looks like she won't be vacationing in Japan anytime soon.

The rising starlet was in a particularly chatty mood and went on to defend Jennifer Love Hewitt's bikini photos that got everyone talking. "No woman looks good under overhead lighting. It was not good lighting." Someone's spending too much time on a sound stage. Hayden also took issue with TMZ starting a dialogue over her own thighs a few months back. Guess she didn't read this post.

People say being 46 and single is kind of lame, so legendary playah Scott Baio married longtime girlfriend Renee Sloan in L.A. this weekend. The couple's newborn daughter also made her debut ... Howie D of Backstreet fame took a break from touring with the boys to walk the plank toward marriage on Saturday. We hear you'll be able to see pics next week in OK!.