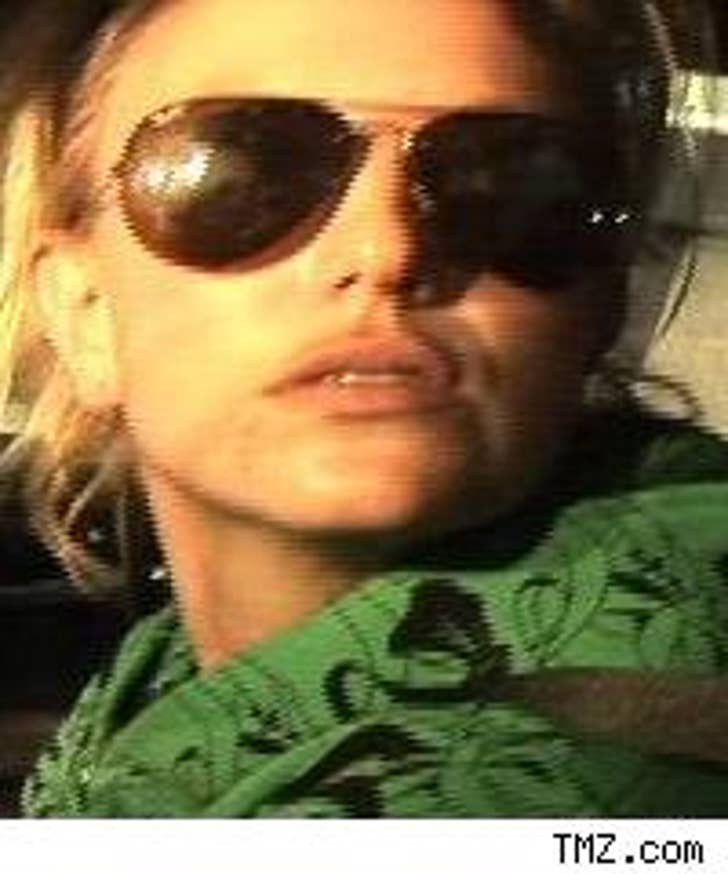 Remember that guy who was always – and we mean always – with Britney Spears? Just like that, Sam Lutfi has been completely out of sight since Dec. 3.

And Us suggests that it has something to with their exposing his sketchy past, including two restraining orders against him and multiple aliases. The shadowy Lutfi was with BritBrit on her 26th birthday on Dec. 2 and was with her at Target on Nov. 28. But since then – yes, *crickets*

Paris -- Friend to the Oompa-Loompa

Do not adjust your set – Paris Hilton looks after the Oompa-Loompa when said Oompa goes oops.

People reports that Robin Sherwood, part of Vegas impresario Jeff Beacher's Madhouse show, was injured on stage at Cameo nightclub, and that Paris leapt to Sherwood's side to help after his leg was badly cut. "Paris stayed with him until an ambulance came to take care of him," says a source. "She was very concerned with his health."

Paris, as it happens, has been trying to get Sherwood a kidney transplant, along with the help of her sister, Nicky.

Lauren Conrad tells Entertainment Weekly that "The Hills" isn't a true reality show, and that it's no "Truman Show," because, of course, that was so close to actual reality. ... Aretha Franklin tells Spinner that the star of the inevitable biopic of her life will be one of three stars: Jennifer Hudson (excellent choice), Fantasia (ok, perhaps), and ... Halle Berry? In what alternate time and dimension would that be?