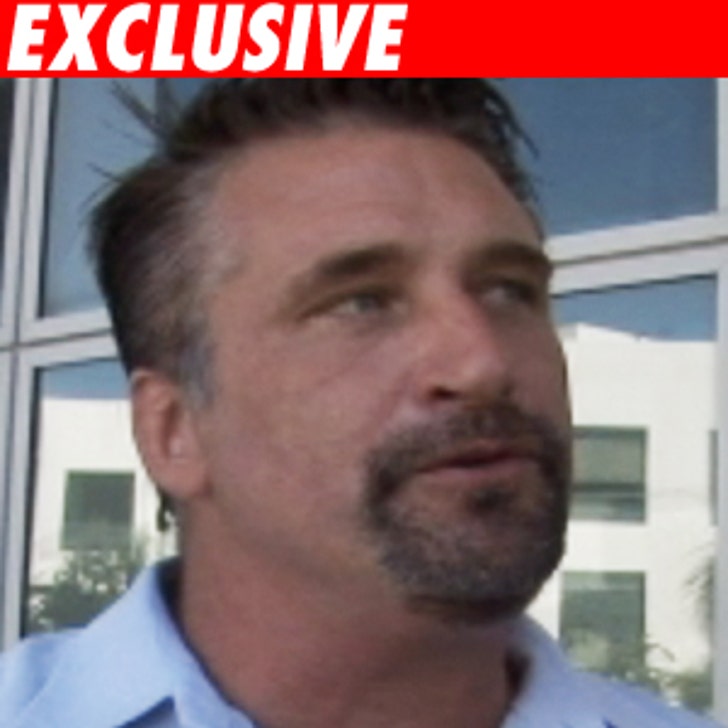 UPDATE: TMZ spoke with Baldwin in the hallway of the courthouse, where he exclaimed, "I'm confused!" Obviously! Daniel explained how he made a call to his probation officer on Friday, December 7, letting him know he wouldn't be in court. He claims he doesn't understand how this could have happened. Here's a hint -- the parole officer is not the judge in the case! "This experience," he says, "has been paralyzing." As for where he was, Baldwin says "I went to the desert to get away after filming. ... I did miss a meeting on the fifth, but when my attorney called me, I came straight back."

TMZ is in an L.A. County Courtroom this morning, and Daniel Baldwin has just shown up to face a judge!

A warrant was issued almost two weeks ago for his arrest after he failed to show up for a progress report hearing.

Baldwin was scheduled for a Dec. 7 hearing -- which he did not attend. He was in Toronto shooting a movie until December 3, but went MIA until today. The sheriff will most likely take him into custody, until a judge can figure out what to do with him.

At this point, his probation has been revoked and he could be facing jail time.