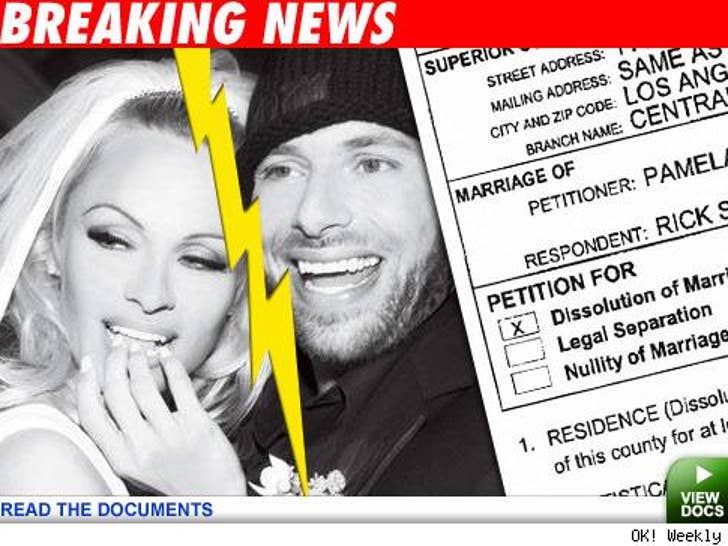 TMZ has confirmed Pamela Anderson has filed for divorce from her hubby, sex tape impresario Rick Salomon. Stop the presses! 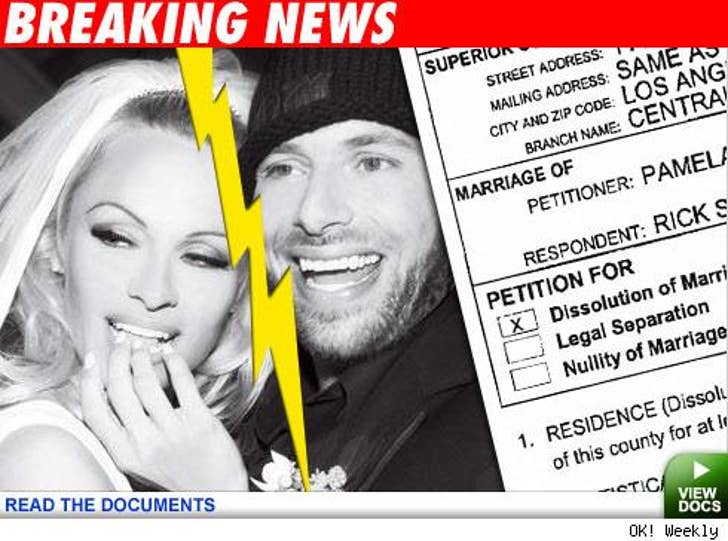 The couple were married in a Las Vegas ceremony October 6. The bride wore a white denim dress (natch). Pam's been married three times -- from 1995 to 1998 to rocker Tommy Lee, and for just over three months to rapper Kid Rock. This marriage lasted just 72 days!

This was also the third marriage for Rick -- who was previously hitched to actresses E.G. Daily (the voice of Babe the Pig) and "90210" hall of famer Shannen Doherty.

In the documents, filed Friday in L.A. County Superior Court and obtained by TMZ, Pamela is asking for spousal support, and that attorneys fees be paid by him.

CelebTV first broke the news of the split. A rep for Pam had no comment. 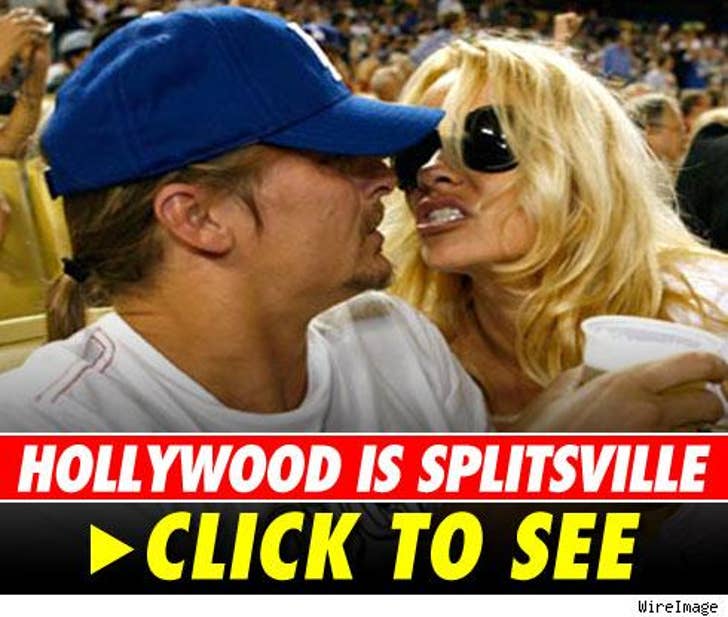