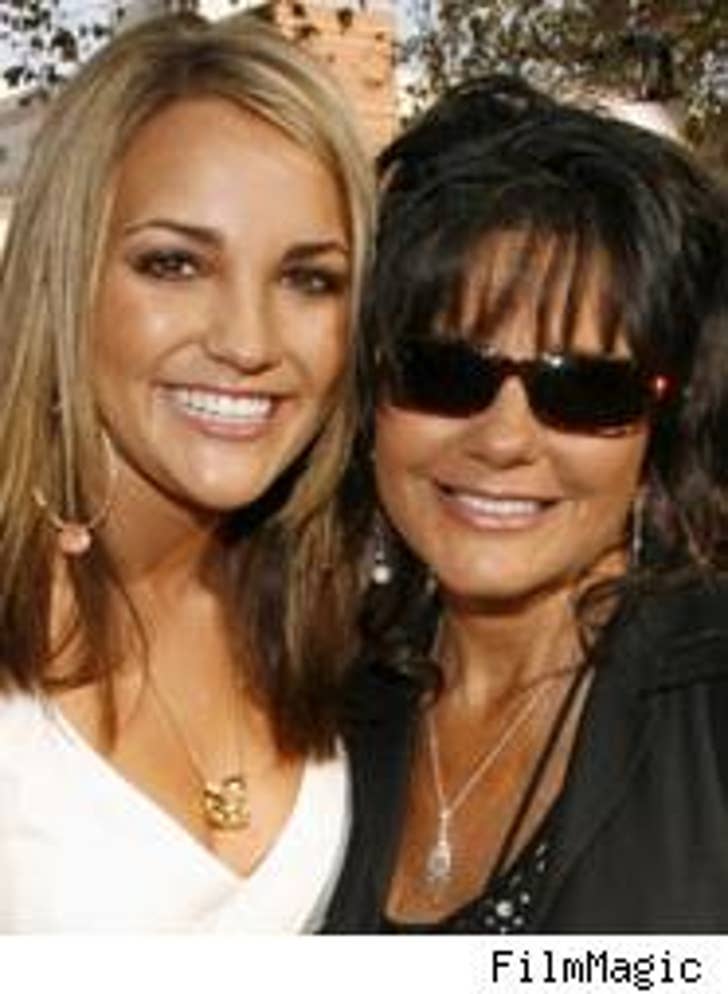 Remember that book that Lynne Spears was writing about, uh, parenting? Well, now that Jamie Lynn is all knocked up, the tome is all but knocked out. Ya think?

Lynne's book -- "Pop Culture Mom" -- was supposed to come out this spring, but TMZ has confirmed that the pub date has now been "delayed indefinitely ... It's delayed, not canceled," according to Thomas Nelson, the publisher. It had been pitched as "Lynne Spears's personal story of raising high-profile children while coming from a low-profile Louisiana community."

No word on whether Grandmama will be adding a chapter on teen pregnancy.

She just dumped Riley, she's been snogging a "Spencer," but it looks like LiLo's latest companion is a girl called Courtenay.

Lindsay, reports the New York Post, has been spending days and nights with Courtenay Semel, the daughter of Hollywood heavyweight Terry Semel, and showed up with her new galpal to a party at "a Sapphic soiree" hosted by L.A. "power lesbian" Jeanette Longoria.

Jennifer Lopez isn't happy that her clothing line, Sweetface, has been a bust, and she might sue her partner in the venture, Andy Hilfiger (brother of Tommy), reports Rush & Molloy. ... As of last night, Michael Douglas is the voice of NBC News, introducing Brian Williams at the top of every "Nightly News" broadcast. Douglas donated his fee to charity. ... Just a few days after his ex-wife LIza Minnelli collapsed on stage in Sweden --which he then mocked by dressing in Liza drag -- David Gest has been hospitalized in a north London hospital, reports the BBC, with chest pains. Karma is a bitch!