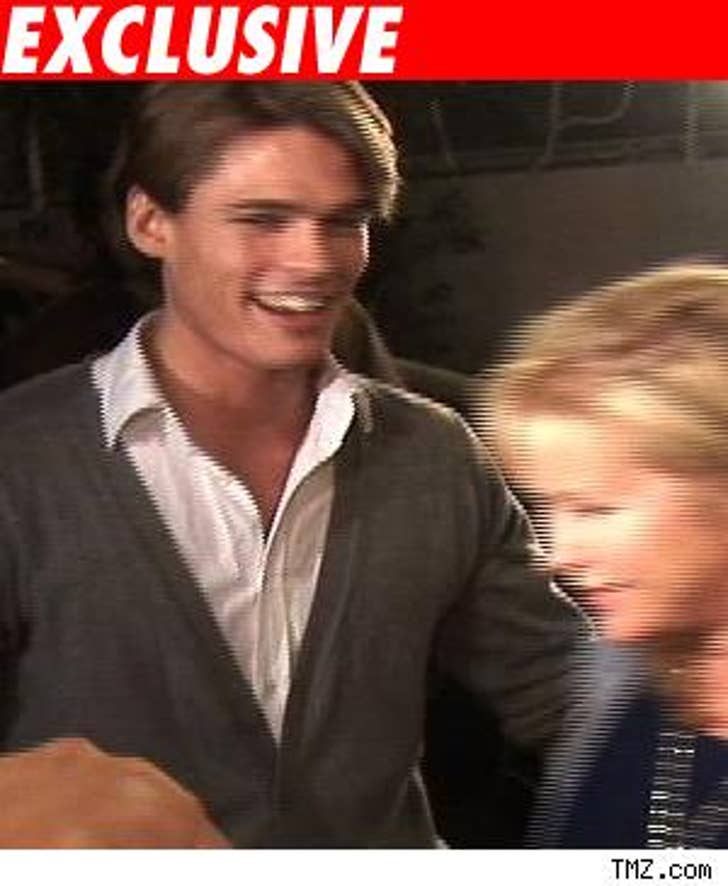 Hold the pepperoni! TMZ has exclusively learned that Paris' former boytoy, Alexander Vaggo, has been dropped by Nous Model Management. Time to make the pizzas -- again!

A rep for Nous told TMZ that Alex was fired because he wouldn't return their phone calls. But Alex and his manager claim the decision was mutual -- because they say Nous only submitted Vaggo for commercial work -- and they have their eyes on bigger things. Like Hilton money?!

Alex Vaggo is destined to be as big a star as Paris ... Latsis! 'Memba him?!

UPDATE: David Todd of Nous Model Management tells TMZ "Alexander Vaggo was dropped by the agency due to his lack of communication. This is a business where models need to be reachable 24/7. In his second week of representation by our agency, we secured a booking with top designer Alexander McQueen who is the epitome of high fashion; hardly a commercial client. The fact of the matter is the long journey to success in the entertainment industry can be filled with mistakes and learning your best lessons the hard way. When someone is lucky enough to catch a big break after being in Los Angeles for fifteen seconds, often times they are not equipped with the professional skills and knowledge required to sustain a long and successful place in the entertainment industry. We wish Mr. Vaggo much success in all his future endeavors."

UPDATE: Vaggo's rep tells TMZ "Alex has new representation exclusively with Andrew Broz. Alex Vaggo feels that Andrew is able to spend more quality time and understands the goals that he is setting to ensure a more sustainable career. We wish Nous Model management all the best in their future endeavors. "