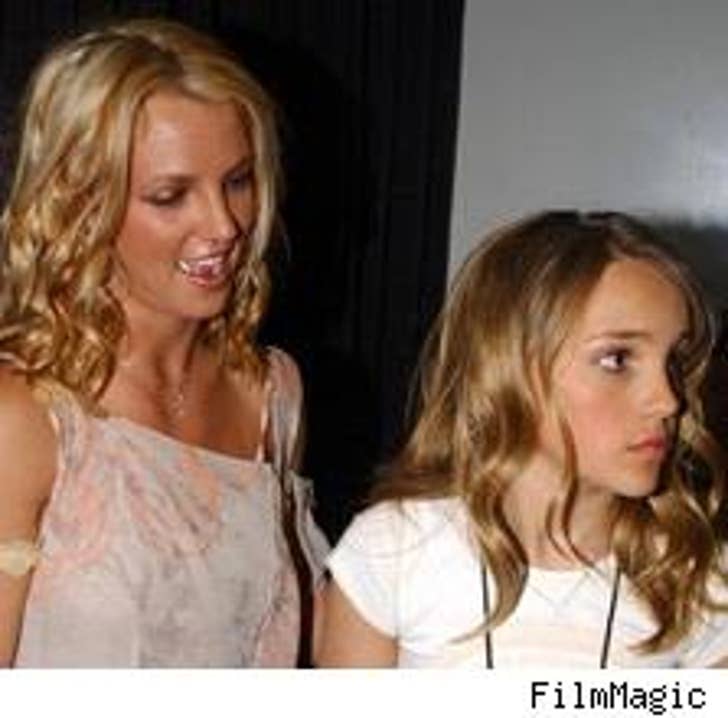 Even though he knocked up their baby girl, it seems that Jamie Lynn Spears' parents actually like Casey Aldridge, because he has taken "amazing care" of lil' J.L.

People reports that Casey has actually been "close" to the Spears family for some time, first back home and now in Hollywood, where he "only occasionally" takes Jamie to events and stays in the background.

And by all accounts, Casey could the be Non-Fed, as one source points out: "He has all sorts of plans for his future. He wants to start his own business, maybe get a degree and make something of himself." Stay tuned.

Denise Martin, the hero-to-zero lunch lady/janitor who was accused of misleading the country, and getting $50,000 from the show's producers as a result, is now giving the money to charity.

Martin had told a sob story on Sunday's live finale about being demoted to janitor, when in fact she had already been working as a janitor -- a promotion from lunch lady. The school district objected to her comments, and Martin had to apologize. Now, she's giving the $50,000 she received from producer Mark Burnett to the Elizabeth Glaser Pediatric AIDS Foundation.

Miss Puerto Rico – Peppered After All?

Spraygate takes another turn! It turns out that the dress and bathing suit that Miss Puerto Rico said were sabotaged ... well, now cops say they were definitely sabotaged.

The bizarre about-face comes after an "exhaustive investigation" which determined that there was in fact pepper spray on Ingrid Marie Rivera's clothes, after police had cast doubt on Rivera's claims of allergic reactions brought on by the spray. What's more, cops think that it was a volunteer and not a rival contestant who did the dirty deed.