Britney's latest late night lunacy started off when the popwreck hopped out of her car and stood in the middle of the street to get a photo of a roadside mural -- only to be thwarted by some inconsiderate paparazzo -- sending Spears into a camera smashing tirade! She's a toxic avenger! 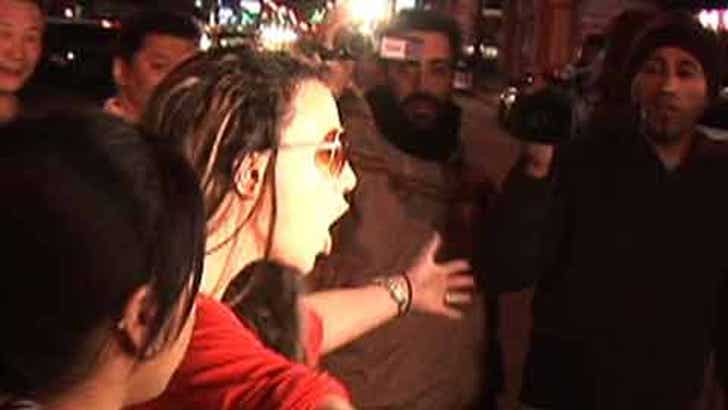 Unlucky for Brit, the camera she smashed was her own, and she had to return to the scene of the freak out to find her camera's memory card. A pap finally found it for her -- and then things got crazy!

Brit then hopped into a photog's ride and took off to Woodland Hills -- reportedly hitting speeds of 120 MPH! After that, she strapped on her best pink wig and tight dress, and she and the photog went into the Peninsula Hotel -- where he later emerged at 4:00 AM craving a cigarette! Hmmm.