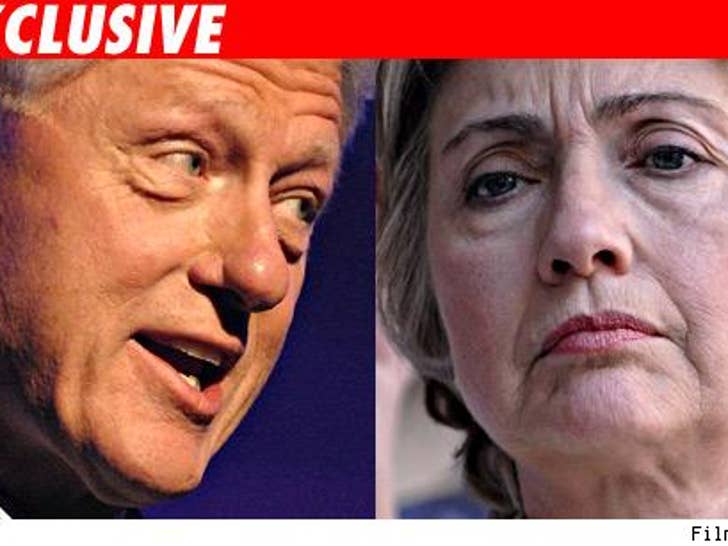 Bill Clinton can't help himself -- he's upstaging Hillary in the most important department of all -- the Kitchen Cabinet. 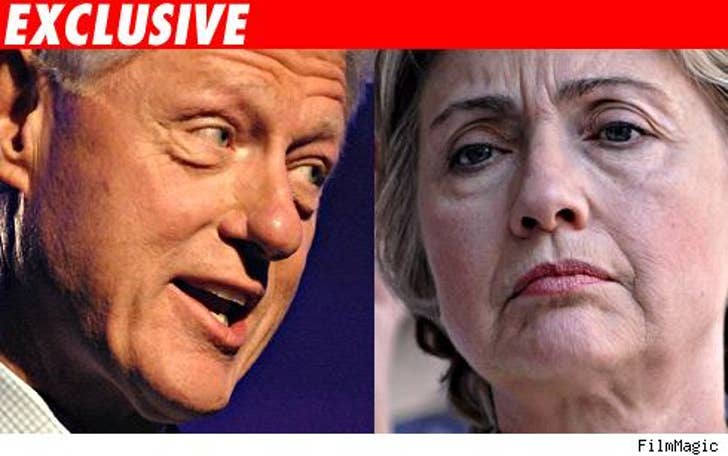 We've been snooping around Des Moines restaurants and the picture is clear; while Hillary cuts and runs, Bill just can't get him enough local flavor. At Muscatine Family Style Restaurant, a waitress tells TMZ both Bill and Hil have come in multiple times, but never together. Bill, it turns out, is some kinda tipper. Once the bill totaled $68 and Bubba left a $26 thank you. Another time he left $48 on a "small tab." He orders burgers and chicken sandwiches, and he lingers ... and lingers. Once the Secret Service told the owner that the Prez would be there for only 15 minutes. More than an hour later, Bill was still chatting up customers.

Hillary, on the other hand, likes her some take-out. She recently had a hankerin' for jalapeno peppers and mozzarella sticks. And Bill wonders why she gets cranky? In Hillary's defense, she once ordered herbal tea to chill, but the restaurant didn't stock it.

Hillary says her favorite restaurant in Des Moines is Azalea -- at least that what she tells a waitress. She eats lite, fancying organic chicken -- she hates them artificial breasts. Again, take-out is usually the order of the day. Bill came in with her once, but didn't eat -- he just schmoozed. A waitress says Hil's aides pay the bills and tip "generously."

And Des Moines is famous for its delis, right? Bill, Hil and Chelsea like Palmer's Deli. Bill and Hil always come separately. As for tipping, no problemo, because the restaurant doesn't accept gratuities -- WTF? Bill likes ham and cheese sandwiches on wheat, while the girls like the veggie omelet.

Barack went to Palmer's once, but ate nothin'. A manager tells us, only Dems have come to his joint. They've invited Republicans but got radio silence.

And a warning to the Clintons -- Big Daddy's BBQ is dangerous. A waitress told us when Al Gore was running for Prez, he was overcome by the hot sauce, ran into the kitchen and grabbed a bottle of milk. Clearly that hot sauce doesn't come from New York City -- NEW YORK CITY?!!