TMZ was in Century City, Calif. as Brit Brit came -- and went -- from her scheduled deposition today. Why the rush?! 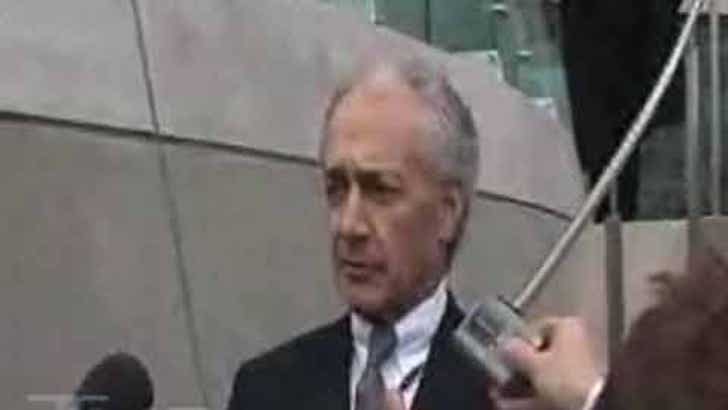 As K-Fed's attorney, Mark Vincent Kaplan explained, the depo was originally scheduled to go from 9:45 to 11:45 AM. It poses a little bit of a problem when the person who is to be deposed shows up almost two hours late! Kaplan says the proceedings started around 11:32 AM and he was able to fire off a few questions before having to end at the scheduled time -- thirteen minutes later. So much for asking deep questions!

So why was the popwreck so tardy? He wouldn't say. But he did say another depo has been scheduled. As for seeking sanctions against her, Kaplan says he hasn't yet decided. But he might, if her behavior caused his client -- K-Fed -- any undue "hardships." Hasn't she already?