Kelly Osbourne told a photog to "Shut up!" after telling her she was "so beautiful" -- but she should have yelled at the guy who tried to get her attention by shouting "Pizza pizza pizza!" 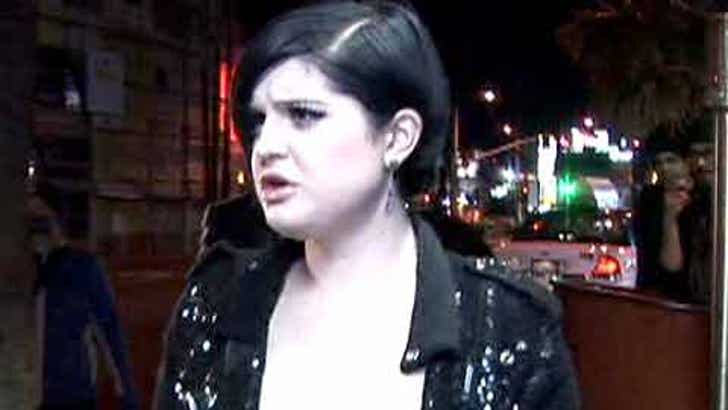 TMZ caught Osbourne leaving Hyde last night, where one guy did his best Little Caesar impression to get her to look his way. She ignored him but told off the pap who gave her a compliment! Kelly, Kelly, Kelly.

You can practically hear the fan's heart split in two as Kel takes off in her car -- the pathetic pap repeating his sob story to anyone who'd listen.