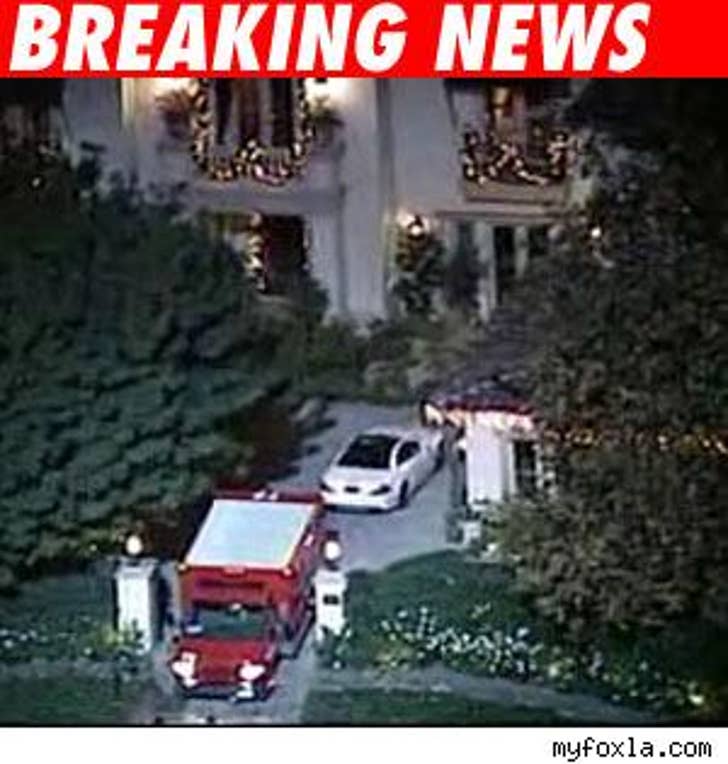 UPDATE: Another ambulance, more fire trucks and several additional police cars have just rolled up to Britney's house. One person on the ground described the situation to us as "scary."

TMZ is at Britney's house in Beverly Hills as several more police cars, fire trucks, an ambulance and a police chopper have now all descended on the popwreck's humble abode. Don't let 'em git me!!

We've learned Spears has refused to return her two sons to their daddy tonight, as ordered by the court. LAPD tells us they've been called to the home to deal with the family custody dispute.

Sources confirm to TMZ that K-Fed's attorney Mark Vincent Kaplan was at Britney's home earlier, but has since left.