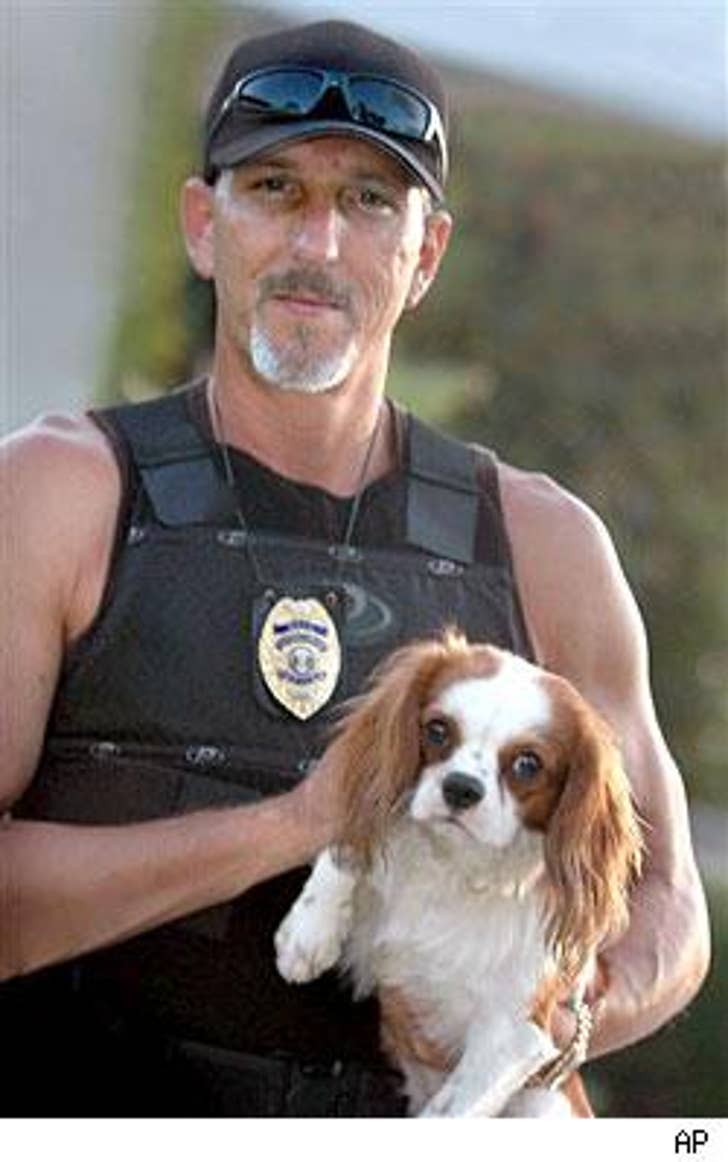 Police in Hawaii arrested Tim Chapman -- spiritual brother of Duane "Dog" Chapman -- after he was spotted naked in his pickup truck. Those bounty hunters are always packing!

A mall security guard found Chapman, sans clothes, and asked him to get out of the truck. Police say that after he got dressed, Chapman started his truck and drove over a sidewalk, nearly hitting the security. He turned himself in five hours later.

The guard told police he recognized Chapman from his show, "Dog the Bounty Hunter," and said Chapman was performing an unspecified lewd act.

But Tim's attorney, Brook Hart, has an explanation for the whole thing: "It was simply a man who wet his pants with orange juice inadvertently and was changing them, doing nothing wrong at all and believing he had sufficient privacy to do it."