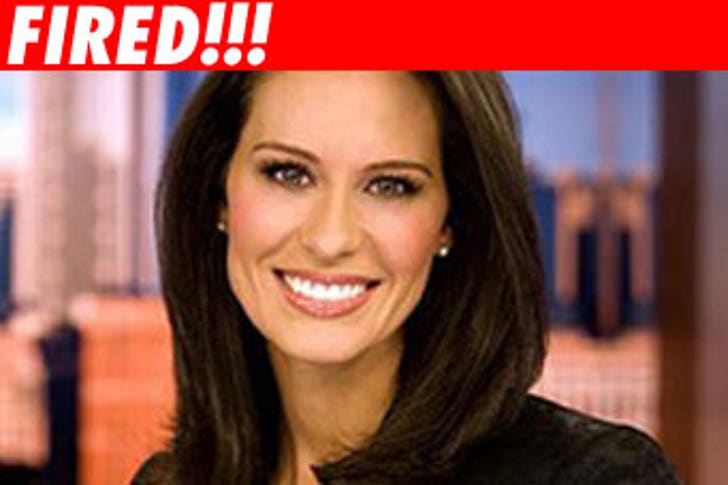 Alycia Lane -- yeah, Miss Crazazy Philly News Anchor -- has broken one too many news stories -- with her in 'em!

The news mess, who was arrested in New York in December after allegedly slapping a female cop and calling her a "f***ing d*ke" in a traffic spat, got the chop from CBS 3 this afternoon, reports the station. In a statement, CBS 3 President and GM Michael Colleran said, "We have concluded that it would be impossible for Alycia to continue to report the news as she, herself, has become the focus of so many news stories."

Lane gained notoriety last year for sending snaps of herself to NFL Network anchor Rich Eisen -- except his wife found them in e-mail and wrote her a scathing response.

UPDATE: Attorney Paul Rosen issued the following statement on behalf of Lane: "We have learned today that KYW-TV (Channel 3) has unilaterally terminated Alycia Lane's employment. The conduct of KYW-TV is contrary to the terms of her Employment Contract which has many additional years remaining. The termination comes at a time when there has been absolutely no determination that Alycia is guilty of any wrongful conduct, and after KYW-TV has aired her categorical denial of the alleged charge that is pending against her.

The termination is unfair because Alycia has never had an opportunity to defend against this charge, and tell her side of the story publicly, before KYW-TV has taken this unusual and unwarranted step to terminate her employment. Obviously, on the advice of counsel, Alycia cannot talk about these matters because of the matter that is pending in New York."