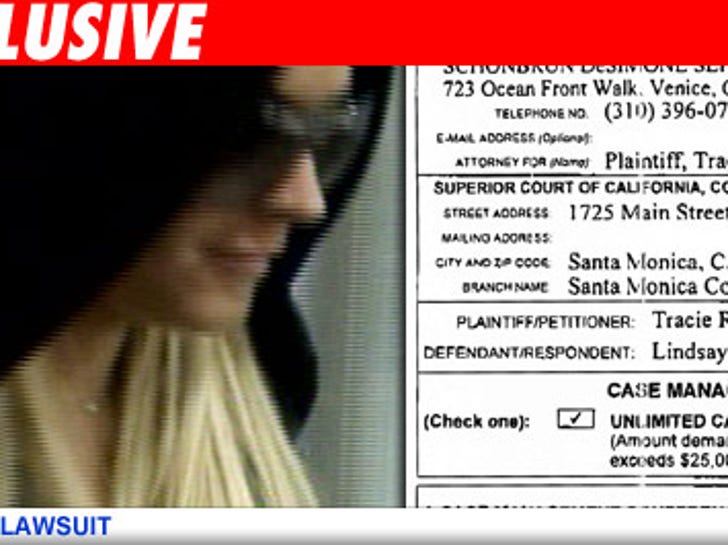 The woman who was allegedly chased by Lindsay Lohan during the infamous DUI arrest last July claims she's racked up a big shrink bill to get over a bad case of the mean girl. 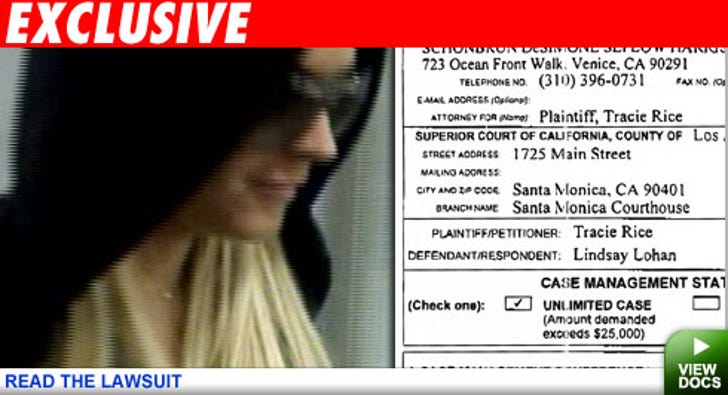 Tracie Rice has sued Lohan, claiming the actress terrorized her in a wild chase in Santa Monica. Tracie, who called 911 during the pursuit, has filed legal papers alleging she's already spent $3,500 in therapist bills at $175 a crack.

Rice also says she's spent $400 on a medical doctor, $145 on a chiropractor, $150 on medicine and two grand in miscellaneous expenses.