Brit had another episode of crazy night last night -- but this time it was due, in part, to her car ... and didn't end with her strapped to a gurney. 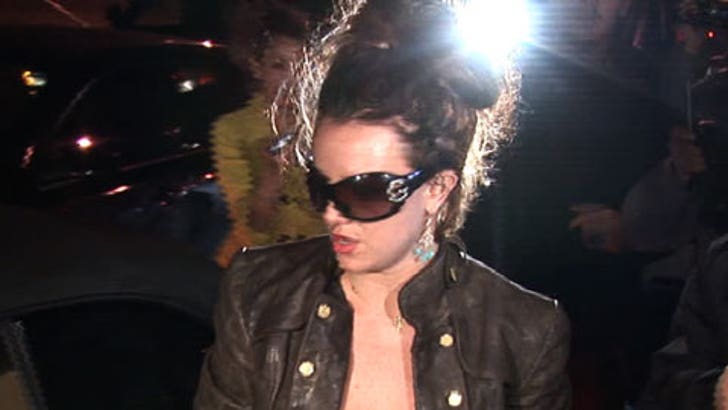 TMZ caught a smiling Britney in the Valley last night -- no pap-pal Adnan in sight -- as she went to Long's in Studio City around 7:00 PM. The smiles didn't last long, though. Just minutes later, she pulled over on Sunset Blvd., where lensmen told her she had a flat tire. 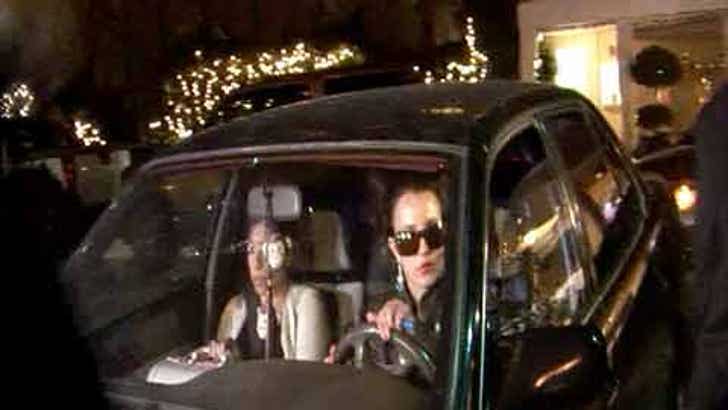 Brit abandoned her Mercedes in the middle of the street (taking the keys with her), jumped in a paparazzo's car and went home. LAPD towed the car to a nearby lot for safekeeping, Spears will be charged $104 for the tow and $35.60 for storage. Spears then brought her brand of crazy back to the Four Seasons -- which is apparently letting her back in -- but only stayed an hour before taking off for The Peninsula for the night.