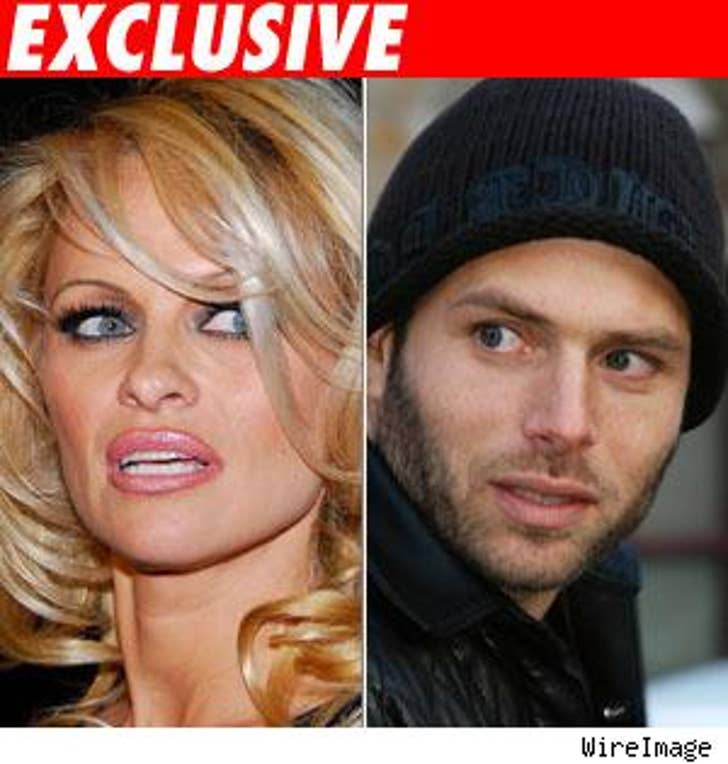 TMZ has learned the divorce between Pam Anderson and Rick Salomon is back on and Pam is pregnant!

You'll recall Anderson filed for divorce last month, but called it off just days later. But sources tell TMZ she is now moving forward with the divorce, even though we know she's pregnant with his baby.

Salomon has told friends he believes she is "acting crazy" because of the pregnancy and hopes she will settle back into the marriage. Interestingly, in her divorce petition, Anderson asked for spousal support but not child support.

The couple were married in Las Vegas on October 6.