In this extremely rare video taken just last night, David Arquette embraced a concept that has eluded nearly every other celebrity on the planet -- he didn't drink and drive! 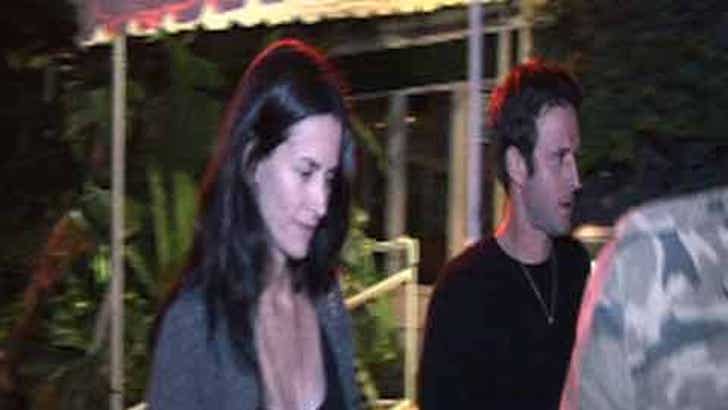 Too bad David wasn't patient enough to let his D.D. pull away from the curb -- he ended up scraping the car door on the pavement before squeezing into the passenger's side through a sliver of open space ... it all followed a night at Marix Tex Mex in West Hollywood, where he chowed down with Courteney and, presumably had a margarita or two.