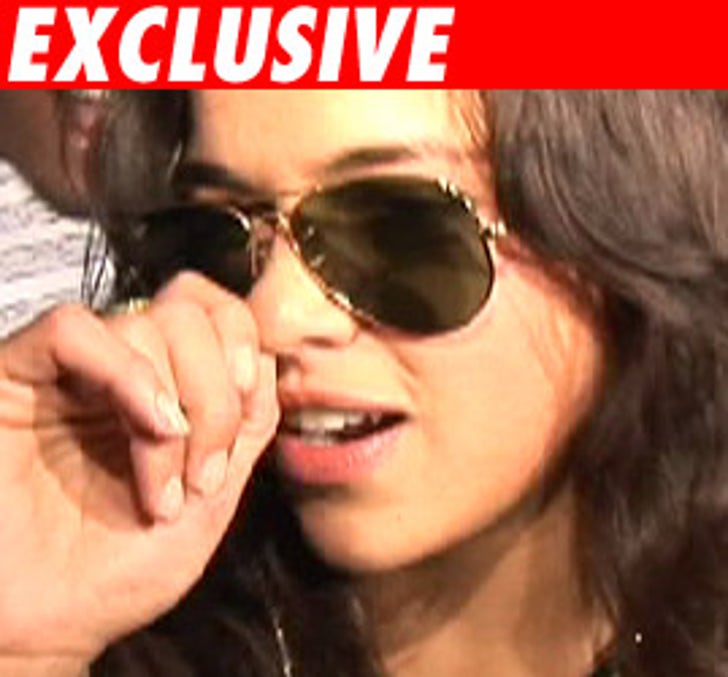 A war of sorts seems to be erupting between the L.A. County Sheriff's Department and some L.A. County judges on the subject of incarcerated celebs.

"Lost" star Michelle Rodriguez was released yesterday, after serving only 10% of her sentence. With a partial last day, that computes to 18 days in the pokey. The judge who sentenced her for a DUI-related probation violation had ordered that she fully serve her 180-day sentence. So why did the Sheriff do it?

Rodriguez's uber-lawyer Shawn Chapman Holley appeared in court yesterday where the judge expressed her displeasure about the plan to release Rodriguez early, but ultimately said the Sheriff controlled the jail. The judge made it clear -- she wanted Michelle in the slammer for her sentence.

But law enforcement sources say the Sheriff felt he had to treat Rodriguez the way he treats every other female inmate. Because of severe overcrowding, the standard is to release everyone after they serve 10% of their time. Even though the judge drew the line in the sand and demanded the full nine yards, the Sheriff felt equality was more important.

We're told the judge knew what the Sheriff was doing before Michelle was sprung. You'll recall the Sheriff had a standoff with the judge in the Paris Hilton case as well. It's the new court craze!