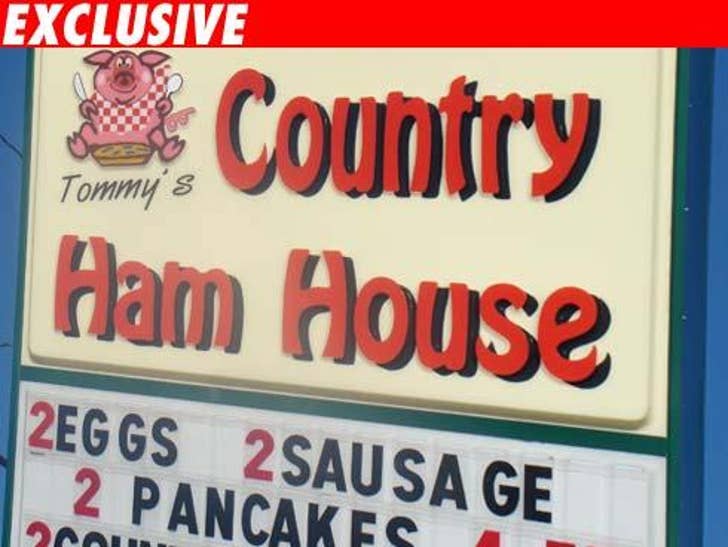 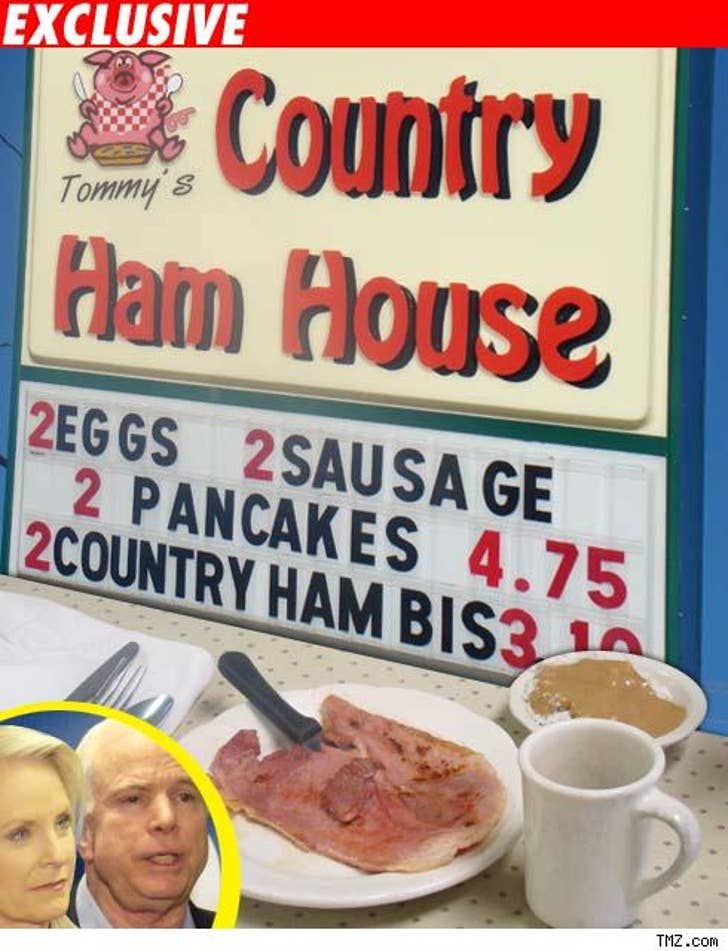 Accompanied by his booze heiress bombshell wife, Cindy Hensley, the Senator chowed down on scrambled eggs, grits, cured ham, biscuits and gravy (natch) -- for an exorbitant three dollars and change! Say what? That's including the coffee! At the overripe age of 71, John Boy paid triple for his high cholesterol eats by leaving a generous $10 tip. Vote for me!

McCain likes his breakfasts big and sloppy, while Hillary eats lite food on the go ... and leaves tipping to her aides. Holy health care! Save the arteries ... it's oatmeal in '08!