Miguel Pereira, O.J. Simpson's bail bondsman, tells TMZ he turned over the cell phone message that got O.J. thrown back in jail because he wasn't "going to get involved in illegal activity for him." 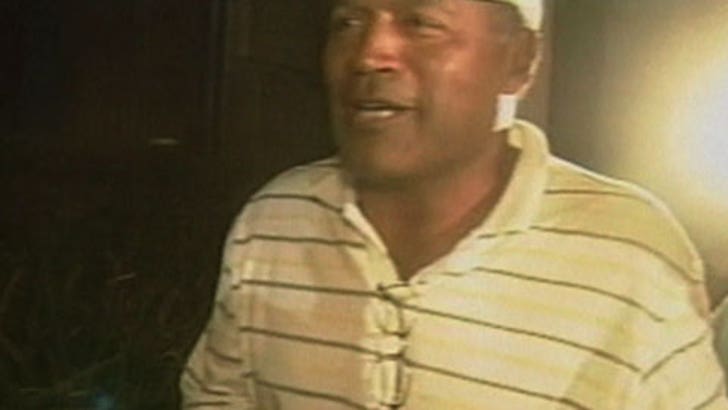 Pereira tells us he didn't listen to the voicemail right away -- he thought it was just another long O.J. message. Instead, he was tipped to its contents by an investigator who wouldn't identify himself. When Pereira went to one of O.J.'s attorneys, Gabriel Grasso, to tell him about the voicemail, Pereira says he was told not to worry about it.

When the investigator contacted him a second time to tell him about photos he had of O.J. in the Bahamas over the holidays -- a violation of his bail -- it was then that Pereira listened to the voicemail carefully and contacted the D.A.

KVVU in Las Vegas shot video of Simpson and Pereira when they landed in Las Vegas. A judge will decide on Wednesday whether or not to revoke O.J.'s bail. If revoked, he could remain in jail until his trial starts on April 7.